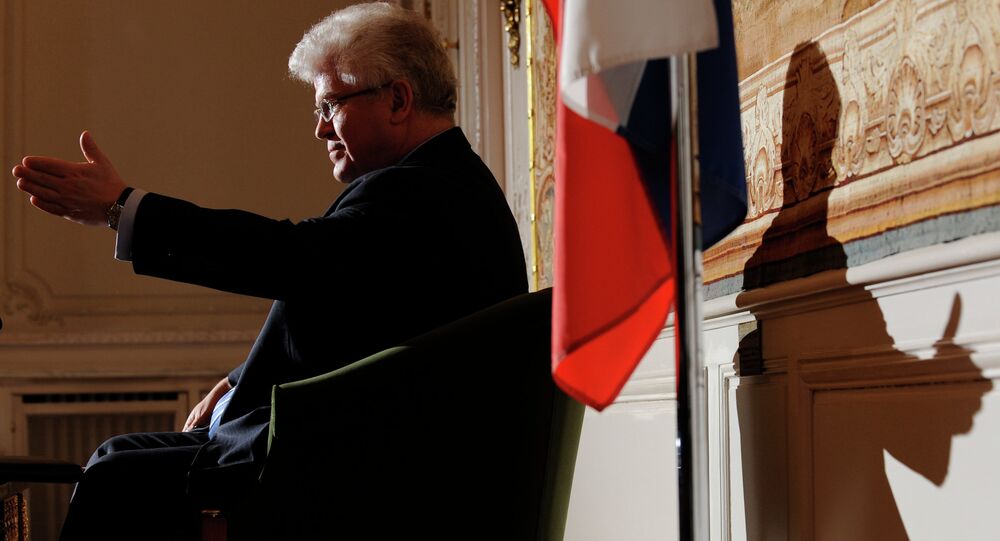 “I think that this… anti-Russian hysteria is actually working against the interest of the EU member states and the EU as an entity, because it shifts the attention of governments, of the public opinion, of the media from acute problems of today and tomorrow to artificial, invented situation and problems,” Chizhov said.

According to the ambassador, the only way for the Russia-EU relations to improve is for the bloc to overcome the current anti-Russian stance.

“I think what will be required [for the betterment of the EU-Russia relations] is for the European Union to master enough political will to get itself out of the deadlock it has found itself in,” Chizhov noted.

The latest step that could be considered part of the European Union's anti-Russia campaign took place in late November, when the European Parliament voted in favor of a resolution on countering Russian media outlets, such as Sputnik news agency and RT broadcaster.

As many as 304 voted in favor of the document, 179 voted against and 208 abstained. With a total of 691 officials taking part in the vote, less than half supported the resolution. The EU resolution said that Sputnik and RT posed a danger to European unity and called for extra European Commission funding for counter-propaganda projects.

Anti-Russia Sanctions Futile But EU 'Must Be United' - Slovak PM