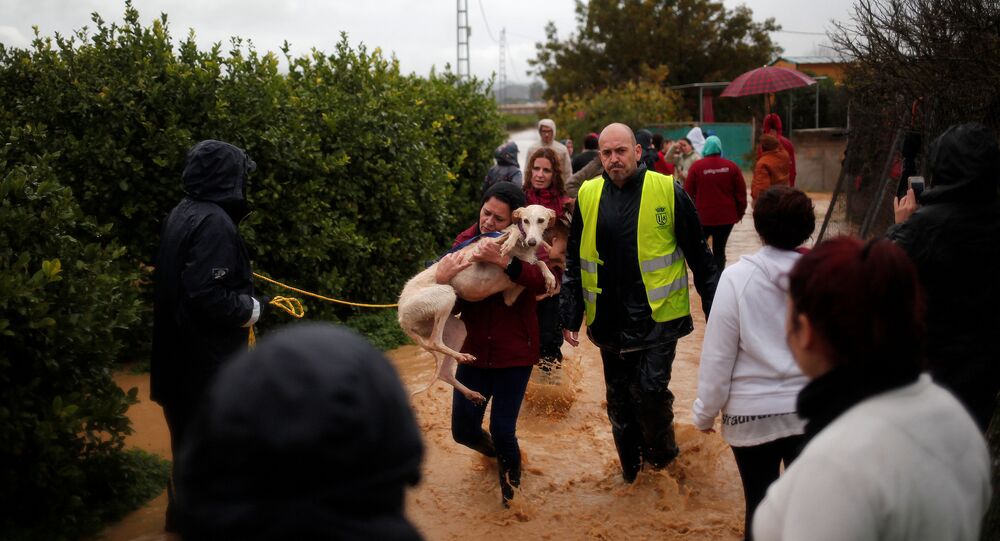 An employee of an energy company died in Campo de Gibraltar in the province of Cadiz, while carrying out works on restoring electricity supply, the El Mundo newspaper reported.

© AP Photo / David Longstreath
Over 10 People Dead in Southern Thailand Amid Floods
A woman of a Romanian background died on Sunday in one of the night clubs in the town of Estepona, the province of Malaga. She did not manage to get out of the flooded building.

The floods were caused by heavy rains. Many towns and cities, especially those in the Malaga province were flooded. Two lines of the underground were closed and an airport was damaged in Malaga.

The most difficult situation was registered in Marbella, Cartama, Estepona and Alhaurin de la Torre.

Woman Drifts Atop of Her Sinking Car During Flood