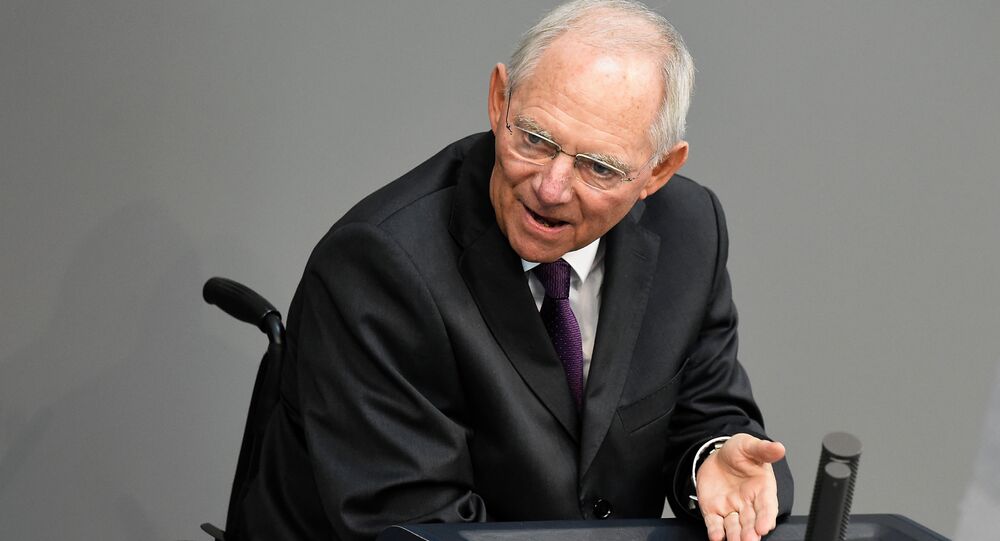 German Finance Minister Wolfgang Schauble urged Greece to implement reforms, which had been agreed by the European Union and Greek authorities.

MOSCOW (Sputnik) — German Finance Minister Wolfgang Schauble urged Greece on Sunday to implement reforms, which had been agreed by the European Union and Greek authorities, if the country wanted to remain in the eurozone.

"If Greece wants to remain in the eurozone, there is no way around it, regardless of the debt level," Schauble told German newspaper Bild am Sonntag adding that Athens must implement the necessary reforms.

The Greek debt crisis erupted in 2010 with a number of austerity packages adopted by the parliament and several bailout payments provided by the European Commission, the European Central Bank and the International Monetary Fund. The loans, however, only resulted in increasing the country’s debt.

© REUTERS / Eric Vidal
Eurozone Finally Capitulates Over Greek Bailout, But Major Hurdles Remain
Greece's international creditors signed an agreement with Athens last summer, approving a third bailout package worth about 86 billion euros ($97.3 billion) in exchange for austerity reforms, including pension cuts and tax hikes. The country's government led by Prime Minister Alexis Tsipras pushed ahead with the reforms, and the prime minister has previously stated that he expected the country's GDP to return to growth by 2017.

In October, eurozone finance ministers unlocked a $1.2 billion installment of the bailout after the completion of the first review of Greek reforms. Another $3 billion were unlocked in late October.

Eurozone finance ministers will meet in Brussels on Monday to discuss budgetary situation and consider debt-related measures for Greece depending on the results of the second review of the economic adjustment program for the country.