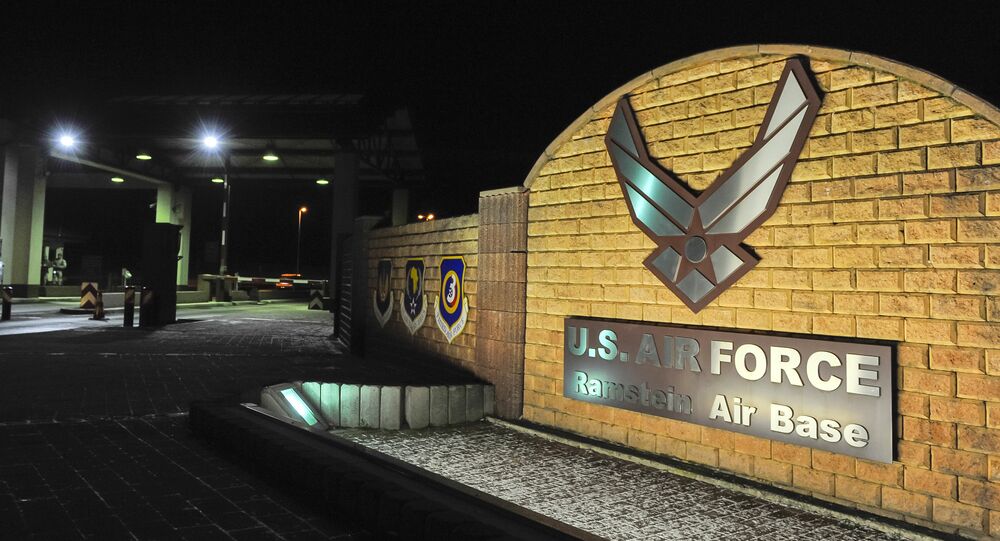 US Ramstein Air Base in Germany Violates Int'l Law, Must be Shut Down - Lawmaker

Bundestag member of The Left Party said that US Ramstein Air Base is used in the US drone warfare which violates international law and therefore must be shut down.

© Flickr / Kenny Holston
Teacher vs. US Base: 'If Germany is Really Independent, It Must Close Ramstein'
MOSCOW (Sputnik) – The US Ramstein Air Base is used in the US drone warfare which violates international law and therefore must be shut down, Bundestag member of The Left Party Andrej Hunko told Sputnik.

"Since we see the US drone warfare as violating the international law and our law, the Ramstein should be shut down. In this regard, the government should carry out an appropriate investigation," Hunko said.

He added that the drones are used in the so called war against terrorism when suspected terrorists are being killed along with a large number of innocent civilians.

The lawmaker stressed that the issue of military drones usage is "absolutely unregulated."

The US drone program has been run through the Central Intelligence Agency (CIA) since 2002, enabling a degree of secrecy. Many supporters of transparency in the drone program have argued that the authority to carry out strikes should be transferred from the CIA to the Department of Defense.

Drone strikes are generally authorized to destroy high value targets that are not subject to capture. According to estimates by human rights organizations, at least 2,500 civilians have been killed as a result of the US drone strikes.