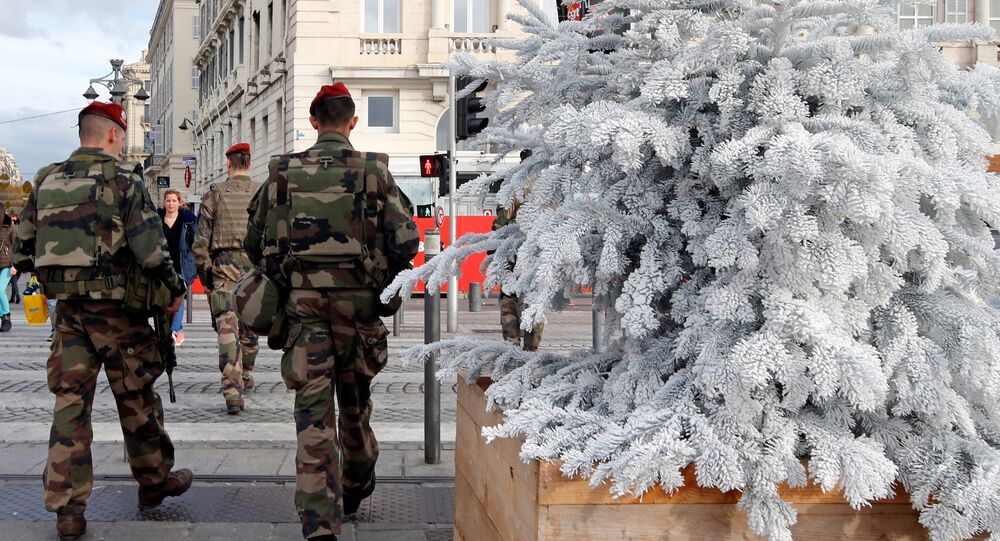 A new level to the French national security alert system has been introduced by the country's government in the run-up to the Christmas and New Year holidays, according to Le Figaro.

© REUTERS / Eric Gaillard
Why France Does Not Want to Learn From Russia's Experience in Fighting Terrorism
The Le Figaro newspaper reported that the French government has upgraded the country's national security alert system by introducing a new highest level of warning.

The updated system will feature a third and highest level: "Attack Emergency", due to be used for imminent assaults or immediately after them.

The new reinforced plan will involve "exceptional measures" such as the closing of roads, Metro lines and schools, with some of the additional measures described by Le Figaro as confidential.

In an interview with Sputnik France, Alain Rodier, deputy head of the French Center for Intelligence Studies, pointed to the existing terrorist threat in France but called the introduction of a new level of warning in the country a "technical measure."

"We have lived in a time of maximum alert for many months now. So it is quite logical that the level of vigilance remains high. At the same time, the new plan is a technical measure, which does not indicate an increase in what is already a high terrorist threat," Rodier said.

He added that this "exceptional" move should not become a "permanent and long-term measure," such as, for example, the state of emergency.

Speaking to Sputnik France, Alain Chouet, former French intelligence officer, said for his part that right now, a terrorism threat in France is not that obvious.

"I do not think that there are many special signs of a particular terrorism threat at the moment even though now that Daesh (ISIL/ISIS) is losing ground, some of those who left France to enter this terrorist group may return to the country," he said.

© AFP 2020 / MARTIN BUREAU
France's Fillon Wants Global Coalition Including Russia to Fight Terrorism
Asked about whether the new reinforced plan will be a temporary measure, Chouet said that it depends on how the plan's security levels will be implemented in the future.

On November 13, 2015, a wave of bombings and shootings killed 130 people and injured hundreds more in Paris, in terrorist attacks claimed by Daesh.

In March 2016, Daesh staged a spate of suicide attacks at Brussels airport and a metro station in the Belgian capital, leaving at least 23 people dead and more than 300 injured.