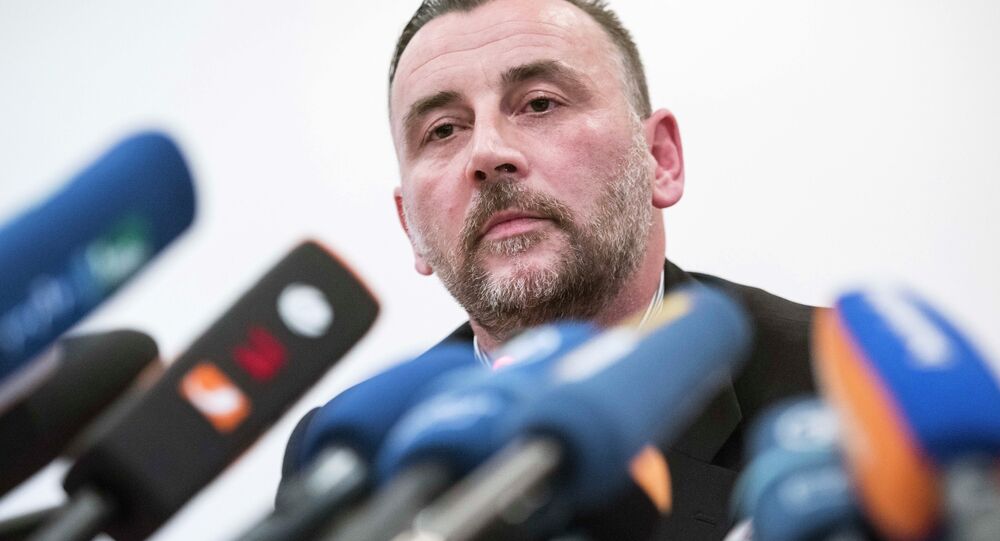 Lutz Bachmann, the leader of PEGIDA anti-migration movement, must pay the fine for “inciting hatred against foreigners”, according to state court of Dresden.

According to reports, Bachmann called the refugees "cattle," "garbage" and a "dirty bunch" in his Facebook a year ago. The fine was originally handed to Bachmann earlier this May, but both his lawyers and the prosecution appealed the decision. The plaintiffs demanded Bachmann must be put in jail for 7 months, while the defense pleaded the activist non-guilty.

On Wednesday, though, both parties dropped their appeals based on the recommendation of the judge.

According to media reports, the court's decision is based on 2105 video footage, where Bachmann publicly confirms that he "used words that everyone has used at least once" in his Facebook posts.

PEGIDA, whose German acronym means Patriotic Europeans Against the Islamisation of the West, is a political and social movement that opposes Angela Merkel's open door policy and demands that all refugees must be integrated into western culture on terms of the accepting side.

The movement members praise Swiss or Dutch refugee legislation which reduces bureaucratic delays in refuge entry approval, but also declares a zero-tolerance policy towards violations of law by the foreigners. PEGIDA is also opposed to any kind of parallel power structure, such as "sharia police" that the refugees may create.