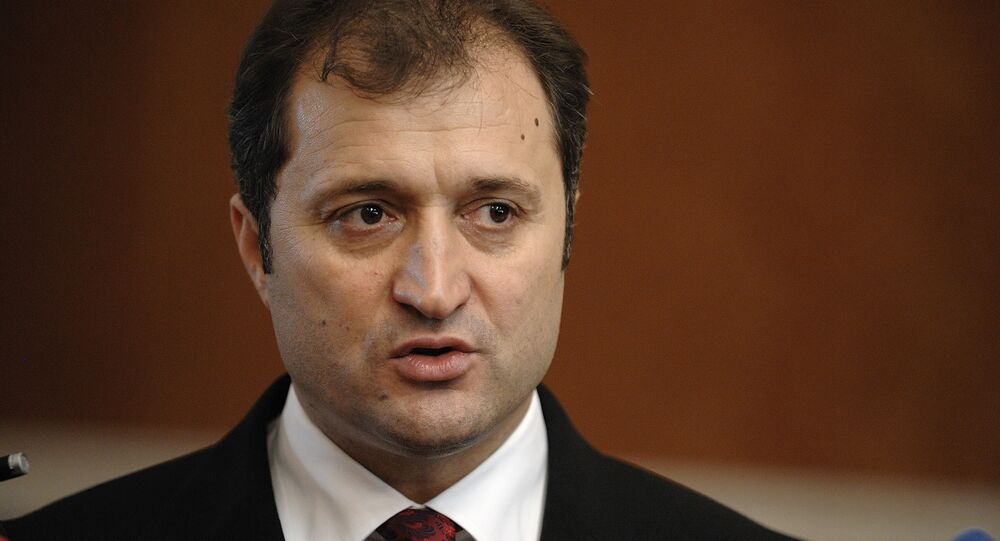 The case of Moldova's former Prime Minister Vladimir Filat is directly related to theft from the country's banking system, and new charges will be filed against him, acting Prosecutor General Eduard Harunjen said on Tuesday.

© AP Photo / Vadim Ghirda
Moldova's President-Elect Says If Opponent Had Won, Country Would Be Erased From the Map
CHISINAU (Sputnik) — Filat will face new charges in the bank scam case if new evidence is uncovered, as the "prosecutor's office continues to investigate the facts related to other amounts," the acting prosecutor general added.