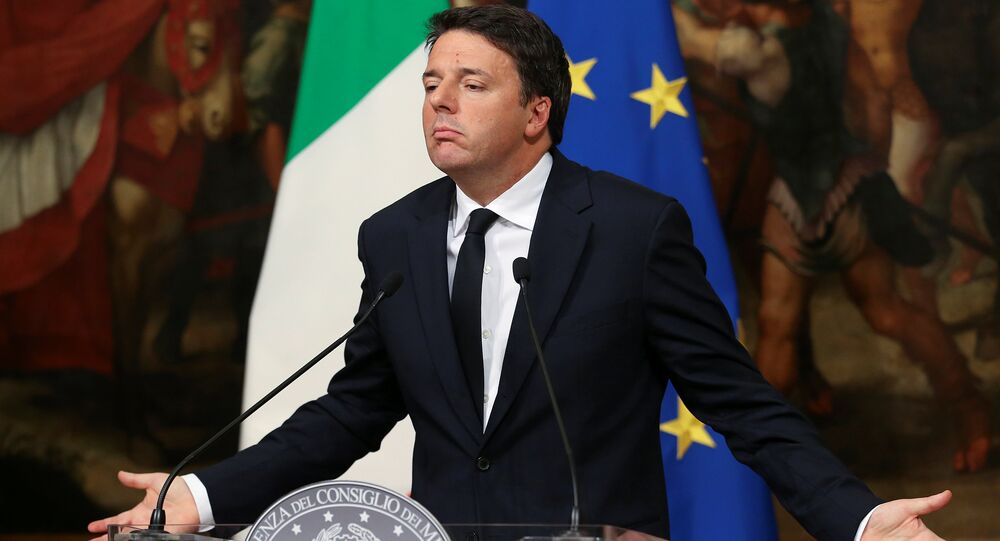 If Italians do not support the government-proposed constitutional reform in December, Prime Minister Matteo Renzi should resign and parliamentary elections should be conducted as soon as possible, Vice President of Italy’s Chamber of Deputies Luigi Di Maio said.

© REUTERS / Max Rossi
Italian Banks May Face Collapse if Renzi Loses Referendum
ROME (Sputnik) – On August 8, the Italian Court of Cassation approved the referendum on constitutional changes which would see the Senate's powers limited in hopes to put an end to deadlocked government and political paralysis, frequently seen in present-day Italy. It is also expected to give a winning party a chance to govern without forming shaky coalitions by introducing the system of run-off elections.

"In case the opponents of the constitutional reform win in the December 4 referendum, I hope that Prime Minister Matteo Renzi will keep his initial promise to step down," Di Maio, one of the leaders of the Italy's opposition Five Star Movement (M5S) party, told RIA Novosti in an interview.

Di Maio added that if the incumbent prime minister resigned, M5S would demand holding the new parliamentary elections. "And the elections should be held as soon as possible," he pointed out.

On November 17, Renzi said he would not be a part of a "technical" government if voters oppose his constitutional reforms, proposed by his administration, in the referendum.

Switzerland to Hold Referendum on Nuclear Phaseout on Sunday