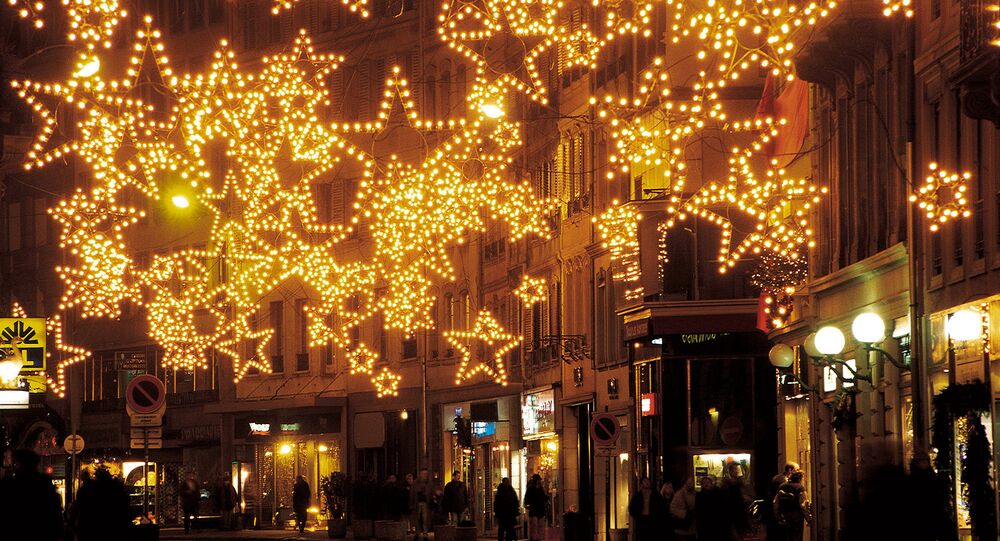 The Europe is at high risk of terrorist attacks during the Christmas celebrations due to large gatherings of people typical for the season, which provides perfect targets for terrorists, Alexander Cerny, a member of the Czech Parliament, told Sputnik on Monday.

© REUTERS / Charles Platiau
US Citizens Warned of Heightened Terror Threat in Europe Over Winter Holidays
MOSCOW (Sputnik) — Two years ago the European country did not face this threat, but now they have to do everything possible to counter it, the lawmaker added.

"At this point up to 80 Islamic State terrorists could be hiding in the EU countries… This means that we all, and our security services, first of all, should be especially vigilant. Large crowds of people gather on the city squares with their Christmas markets at this time before Christmas," Cerny said.

Despite attempts to boost security, many European cities have become targets for terrorists. A series of nearly simultaneous bomb and gun attacks in Paris in November 2015 killed 130 people, while a truck attack in Nice on the Bastille Day in July left 86 people dead and prompted France to extend the state of emergency for six months.

On March 22, a series of blasts hit Brussels Airport and a metro station located near the EU institutions in the center of the city, killing 32 and injuring over 300 people.