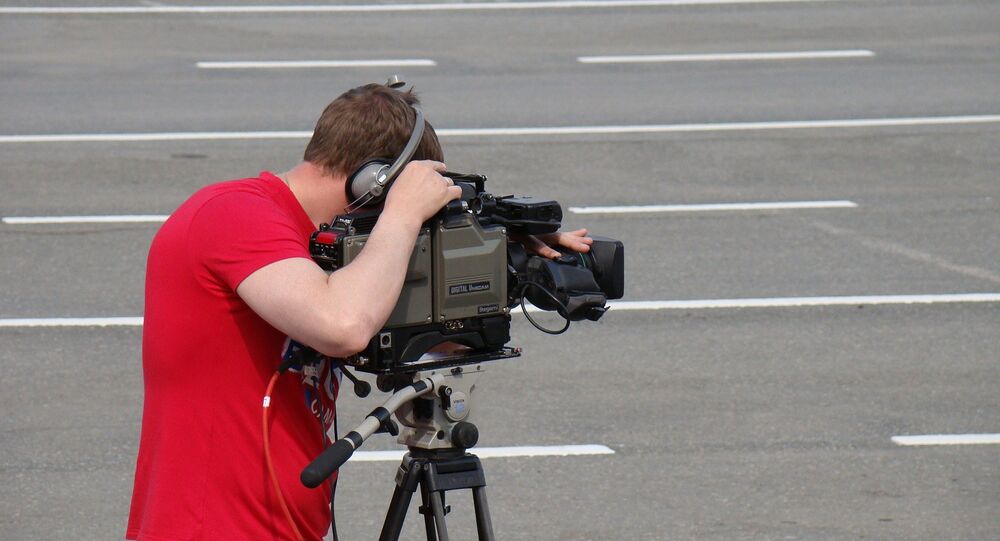 The resolution against Russian media "propaganda" adopted by the European Parliament is a violation of freedom of speech and reaffirms the bloc's media dictatorship, Gianmatteo Ferrari, a member of the Italian Lega Nord party, told Sputnik on Monday.

© Sputnik / Irina Kalashnikova
Resolution on Russian Media Proves 'EU Parliament is Tool of US Administration'
MOSCOW (Sputnik) — On Wednesday, the European Parliament voted in favor of a resolution on countering such Russian media outlets as the Sputnik news agency and the RT broadcaster. Out of 691 lawmakers taking part in the vote, 304 voted in favor of the resolution, 179 voted against it, and 208 abstained. Therefore, less than half of the lawmakers supported the resolution.

"The EU is a political and media dictatorship and this resolution [against Russian media] is the confirmation. It is certainly a violation of freedom of speech and of the press. And unfortunately it is only the tip of the iceberg," Ferrari said.

The European Parliament's resolution said that Sputnik and RT posed a danger to European unity and called for extra European Commission funding for counter-propaganda projects. It also draws parallel between Russian media and the propaganda disseminated by the Islamic State, a jihadist group outlawed in Russia and many other countries.

© Flickr / European Parliament
European Resolution 'Best Acknowledgment' of Sputnik, RT's Achievements
According to Ferrari, there are even more serious violations of rights in the European Union such as the restriction of freedoms of the peoples.

"There are even more serious events. The limitation of freedom of peoples. If a nation holds a referendum which results do not fit the Brussels politicians that referendum is considered null or they re-do or make a law that bypasses it," Ferrari added.