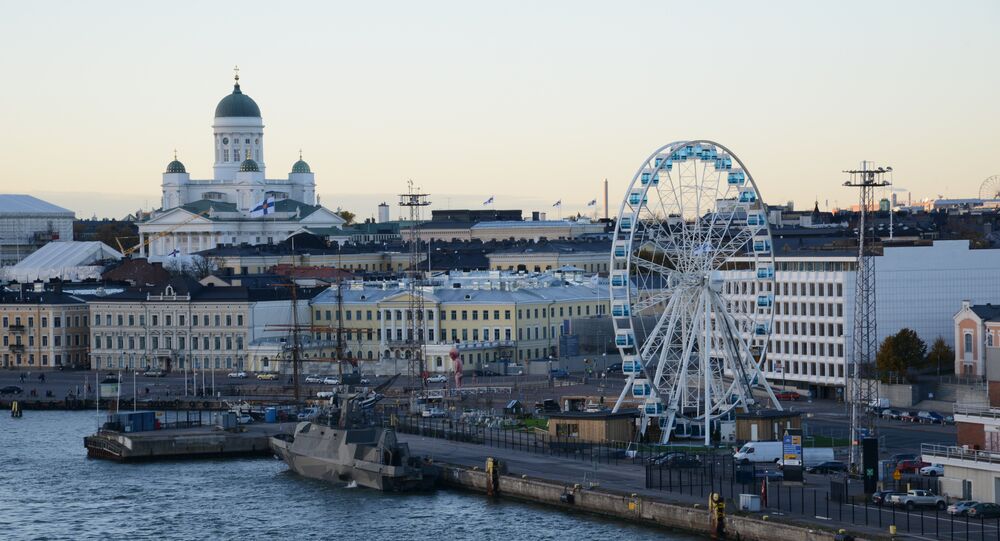 A citizens' initiative to hold a referendum on the withdrawal from the Eurozone has been ditched by parliament's constitutional law committee despite having gathered the required number of signatures.

© CC0
Dying With Dignity: Petition for 'Happy Departure' Gains Momentum in Finland
Finnish parliament's constitutional law committee ruled that a citizens' initiative to hold a referendum on Finland's participation in the Eurozone currency will not be considered by members of parliament. The committee ruled that a referendum questioning the necessity of a single European currency would trigger "far-reaching international implications", whereas the initiative itself was "poorly prepared."

The committee also ruled that a citizens' initiative can only concern matters within parliament's jurisdiction, but not policies pertaining to international treaties and obligations. The committee's decision was unanimous.

"We have considered this for a long time and have finally settled on this solution, as it is an international obligation which requires justified and properly prepared initiatives. This initiative, on the other hand, contained a lot of internal contradictions," committee chairwoman Annika Lapintie of the Left Alliance told Finnish national broadcaster Yle.

© Flickr / Timo Newton-Syms
Some Like It Hot: Finland Poised to Benefit From Global Warming
The initiative to make Finland's belated departure from the Eurozone possible had been launched by veteran Eurosceptic Centre Party politician, Paavo Väyrynen, former Finnish Foreign Minister and Prime Minister. In 1994, Väyrynen opposed the referendum on Finland's EU membership by provoking a debate in an attempt to put off the public vote and remains a convinced EU skeptic until now. According to Väyrynen, a referendum on Finland's membership in the Eurozone should be organized since Finland is currently heading to a negative development which the country did not subscribe to.

Väyrynen described the refusal to consider his initiative as "incomprehensible" and argued that the citizens' right to initiative has been unduly restricted. In November 2015, Väyrynen's initiative gathered 53,425 signatures, easily surpassing the 50,000-signature threshold needed for a people's initiative to be considered in parliament.

© Flickr / The Municipality of Tromso
Whatever Entrepreneurs Say, Norwegians Are Happy Without EU
Despite having that Finland had no time to waste and encouraged a prompt withdrawal from the monetary union, which was deemed largely detrimental for Finland's economy, Väyrynen also admitted that it was unlikely that Finland's current leadership would support the country's departure from the Eurozone. According to Väyrynen, the media form a wrong picture about the rejection of the euro. Väyrynen remains adamant that the return to a currency of its own would give Finland more independence and would lead to a faster economic growth.

In February 2016, Paavo Väyrynen launched the political organization Kansalaispuolue ("Civic Party") to fight for Finland's exit from the Eurozone. Remarkably, Väyrynen has not yet renounced his membership in the Finnish Center Party, which he chaired for over a decade. At present, the Center Party is led by the incumbent Prime Minister Juha Sipilä and remains Finland's party of power.