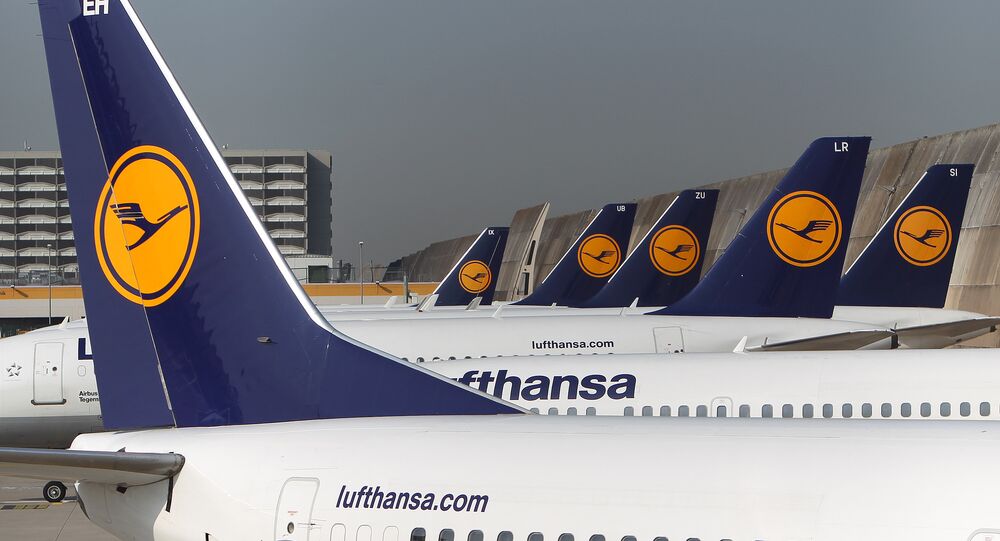 Pilots union Vereinigung Cockpit announced on Sunday that it will organize new strikes on Tuesday and Wednesday on Lufthansa flights after negotiations to increase salaries of its pilots have failed.

© Flickr / Canadian Pacific
Many Lufthansa Flights Still Grounded, Though Strike Ends
MOSCOW (Sputnik) — On November 23, the pilots union started a strike over pay dispute with the airlines management team, demanding a 3.66-percent-per-year rise to the wage. The pilots later extended the industrial action until Saturday. Last week’s four days of strikes led to nearly 2,800 flight cancellations, according to media reports.

"Unfortunately, the top-level talks on wages, which were held today [Sunday], have brought no results," the union said in a statement.

About 5,400 pilots employed by Lufthansa, Lufthansa cargo and its low-cost subsidiary Germanwings have not had a wage increase since 2012.

Lufthansa to Cancel Over 900 Flights Over Pilots’ Strike on Thursday

Lufthansa Flight From Frankfurt to Chicago Diverts Over Medical Emergency