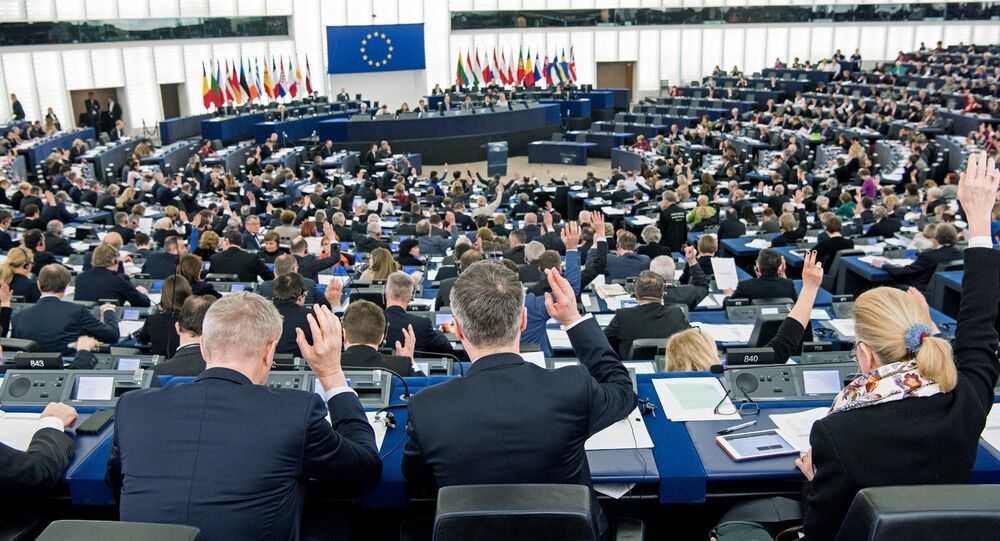 MOSCOW (Sputnik) — According to Frattini, the resolution was adopted because of the “prejudicial, negative attitude” of the members of the European Parliament towards Russia.

“I think it was not only a deeply wrong political decision, but it was also outrageous to put the word ‘Russia’ beside such words as ‘Daesh’ and ‘terrorism.’ Russia is among the countries, if not the only country, which is fighting against terrorism and Daesh,” Frattini said in an interview with the RT broadcaster.

© Sputnik / Alexey Vitvitsky
Dodik: EU's 'Anti-Porpaganda' Resolution Unmasks Inability to Compete With Truth
On Wednesday, the European Parliament voted in favor of a resolution on countering Russian media outlets, such as Sputnik and RT. Out of 691 lawmakers taking part in the vote, 304 voted in favor of the resolution, 179 voted against it, and 208 abstained. Therefore, less than half of the lawmakers supported the resolution.

Daesh is a jihadist group outlawed in Russia and multiple other countries.