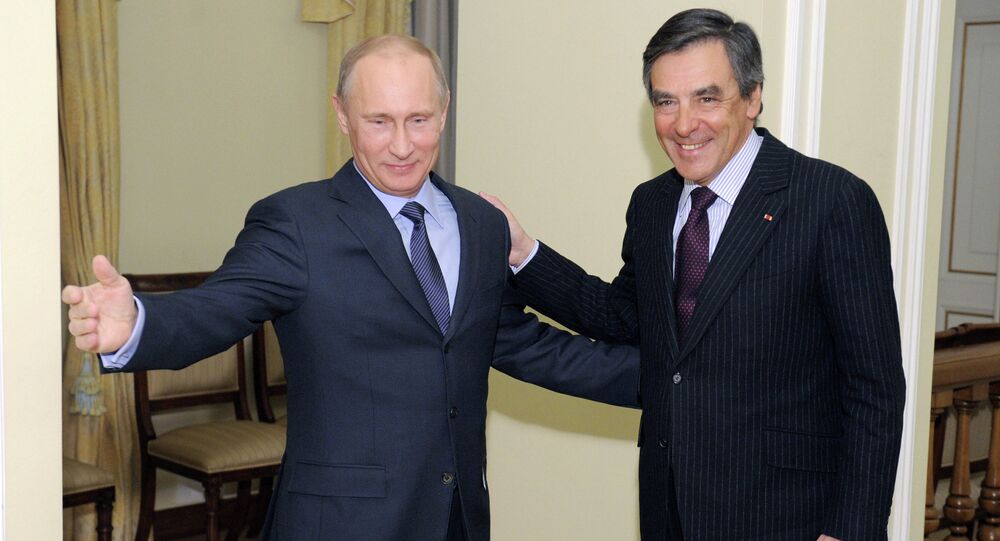 France should restore its ties with Russia in order to cooperate in the fight against Islamists, Francois Fillon, the winner of the first round of The Republicans party primaries, said on Thursday.

PARIS, November 26 (Sputnik) — The presidential hopeful made a series of statements at the final rally in Paris two days before the second round of primaries.

"If we do not create conditions for effective international coalition, if we refuse to ally with Russia, Islamic totalitarianism will continue to wreak the havoc," he said at a rally at Porte de Versailles.

Fillon also urged Qatar and Saudi Arabia on Friday to expel from France the Salafist preachers — Sunni fundamentalists, who believe in a unified Islamic state and Sharia law.

"We must be free to say to Qatar and Saudi Arabia they must expel the Salafist preachers from the country," he added.

He also said that in case of victory in the presidential elections he would pursue national interests of France and "no unions would be able to influence it."

© Sputnik / Michael Alaeddin
Trump, Fillon Could Have Prevented Syrian Crisis as US, French Presidents
Late on Thursday, republican candidates Francois Fillon and Alain Juppe held final debates before the second round of primaries. Fillon attacked the policy of French President Francois Hollande with regard to Russia and called to restore cooperation with Moscow.

The first round of presidential elections in France is scheduled for April 2017.