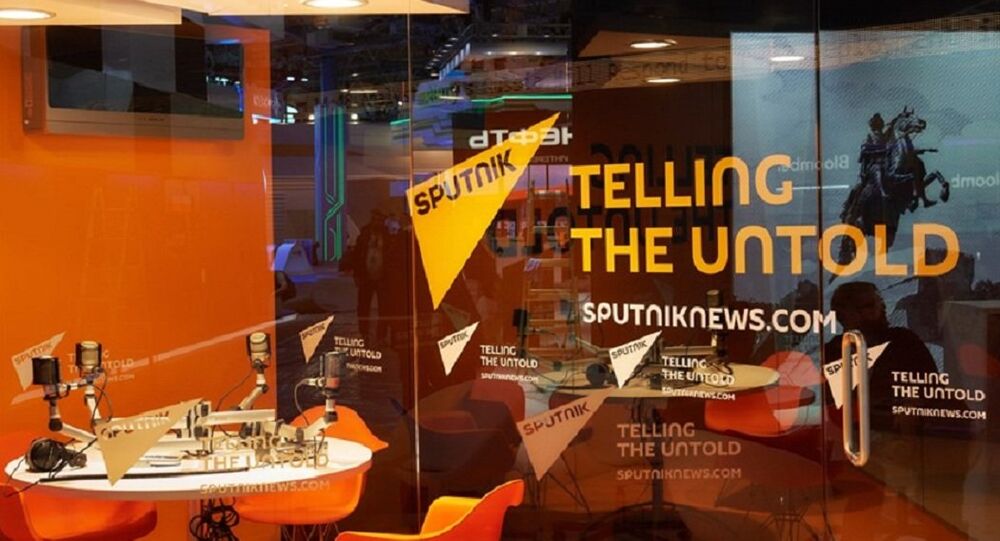 MOSCOW (Sputnik) — Lee Sang-ki, the founder of AJA and former head of the Journalist Association of Korea stated that the European Parliament "has no grounds to blame the Russian media" for spreading propaganda.

"It is obvious that this is the violation of the principle of freedom of the press,” Lee Sang-ki said.

In turn, Ashraf Aboul-Yazid, the president of AJA,  said that the resolution was adopted to distract public attention from the crisis in the Middle East, which, he believes, was caused by the West.

"NATO set fire in the Middle East, but the smoke is getting worse in Europe. All actions and resolutions taken by EU are to cover the war crimes they helped killers to commit,” Aboul-Yazid stressed.

© Sputnik / Evgeny Biyatov
EU Parliament Resolution 'Should Have Targeted Radio Free Europe, not Sputnik'
On Wednesday, the European Parliament voted in favor of a resolution on countering Russian media outlets, such as Sputnik and RT. Out of 691 lawmakers taking part in the vote, 304 voted in favor of the resolution, 179 voted against it, and 208 abstained. Therefore, less than half of the lawmakers supported the resolution.