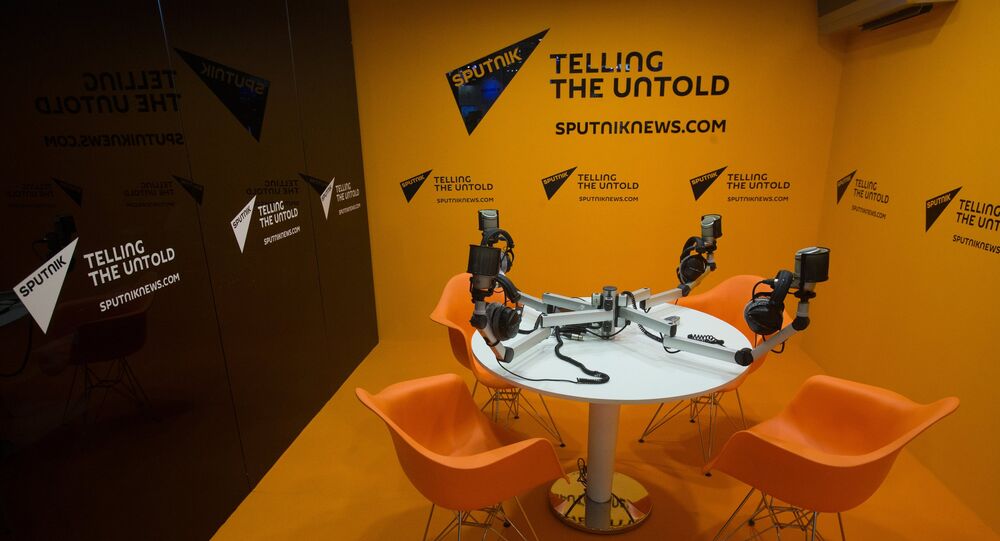 Modern wars are being waged in the sphere of information, Bruno Ballardini, an Italian communication strategist, told Sputnik commenting on the European Parliament's resolution against Russian media.

"Geopolitical interests take on the form of news stories and become propaganda. If you can persuade people that a country is good or bad, this may affect economy, trade and politics. Unfortunately, modern wars are being waged in the sphere of information," Ballardini said.

© AFP 2021 / DANI POZO
'1984': EU Resolution on Russian Media First Step Toward 'Total Censorship'
The EP passed a resolution on Wednesday that drew parallels between Russian media and Islamist propaganda. It was adopted by 304 votes to 179, with 208 abstentions. With a total of 691 lawmakers taking part in the vote, less than a half supported the motion.

Sputnik responded by calling the move a direct violation of media freedom and human rights. Russian President Vladimir Putin said this showed degradation of the West’s idea of democracy. He praised Sputnik and RT for their work, the president expressed hope that real media restrictions would not follow.

"This fight for the right and freedom of expression looks like a fight among corrupt people and destroys the very definition of the word ‘democracy.’ Such people can influence public opinion and change the meaning of words," he continued.

Ballardini, an author of books and contributor to Italian newspapers with expertise in disinformation, recalled how the US Central Intelligence Agency (CIA) used to fund the Radio Free Europe, which is aimed at Eastern Europe. Associated Press, a New York-based news agency, is another outlet tasked with spreading US propaganda abroad, he said.