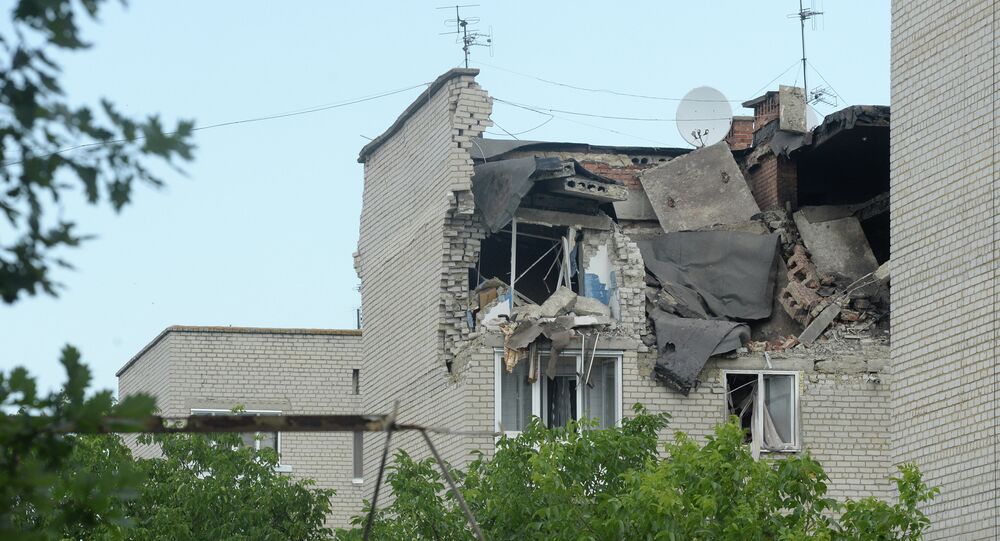 The Russian Emergencies Ministry will help the International Committee of the Red Cross implement social projects in the war-torn Donbass.

MOSCOW (Sputnik) — Russia's Emergencies Ministry (EMERCOM) will assist in the implementation of social projects, planned by the International Committee of the Red Cross (ICRC) in Donbass, Minister Vladimir Puchkov said on Friday.

"All our joint projects will continue to evolve, and, of course, we will provide all necessary assistance to the ICRC for the implementation of humanitarian projects in the Donetsk and Lugansk regions of Ukraine," Puchkov said at the meeting with President of the ICRC Peter Maurer.

He pointed out that EMERCOM would assist in receiving the approval of local authorities and navigating administrative obstacles for the implementation of agriculture and housing projects.

© Sputnik / Ilya Pitalev
Russia Opens Cases Against Ukraine Officers for Shelling Donbass Civilians
Maurer added that the ICRC intends to restore water and electricity supplies in the regions. Maurer also thanked Russia's Emergency Ministry for providing regular information on the situation in Donbas, which allows the organization to adapt their operations accordingly.

Ukraine’s eastern regions have been severely affected by Kiev’s special military operation, launched in April 2014 against Donbass residents who rejected the legitimacy of the new coup-imposed central government and declared independence. In February 2015, the two sides reached a ceasefire deal after talks brokered by the leaders of Russia, France, Germany and Ukraine — the so-called Normandy Format — in the Belarusian capital of Minsk.