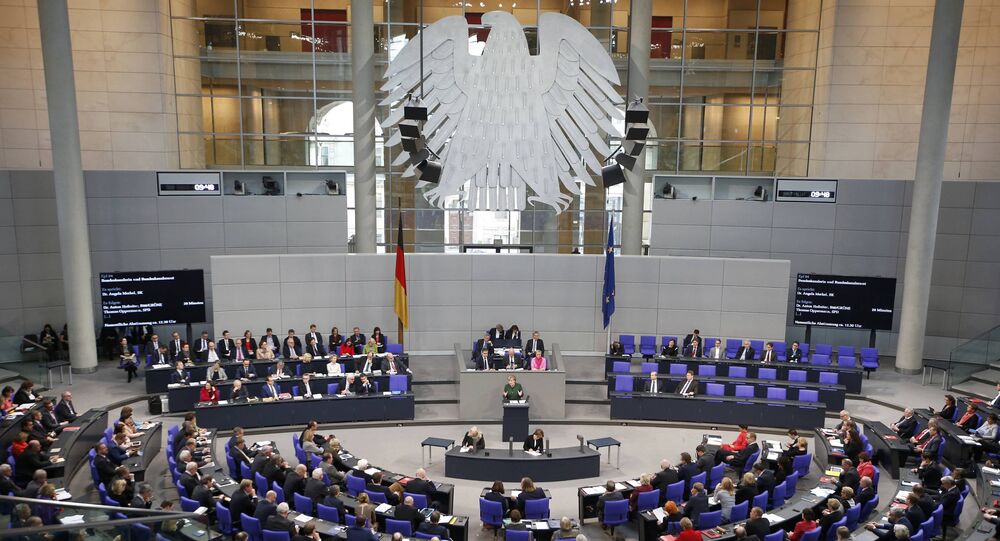 German Finance Minister Wolfgang Schaeuble said that German authorities will be able to afford to spend more on our security, both domestically and abroad, according to the government's budget for fiscal year 2017.

"We will be able to afford to spend more on our security, both domestically and abroad," Finance Minister Wolfgang Schaeuble told the parliament in Berlin.

© AP Photo
German Intelligence Services Seeking Budget Increase of Over $170Mln in 2017
The Interior Ministry will get $676.8 million more than previously planned. The $348.4-billion budget also includes $667 million worth of extra funds for the Foreign Ministry’s efforts to sponsor countries hosting Syrian refugees in the region.

Schaeuble warned the national economy could face difficulties due to gloomy demographic future. "We must not rest on the laurels," he said at the start of parliamentary debates.

The German government has managed to hold on to a balanced budget and refrain from taking on any new debt for a third consecutive year, despite recent data from the federal statistics agency which showed the economic growth halve in July-September from the previous quarter.

German Intelligence Services Seeking Budget Increase of Over $170Mln in 2017