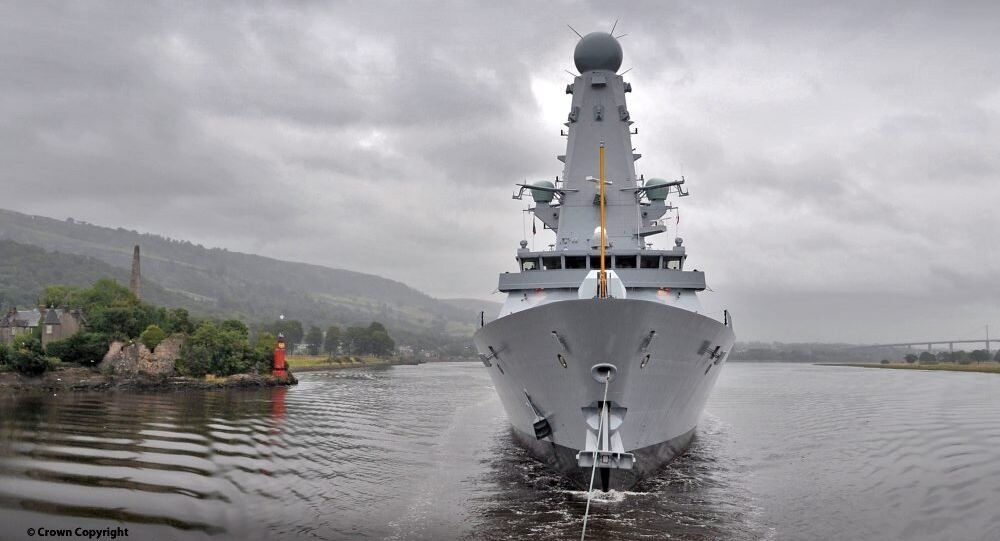 A UK Royal Navy Type 45 destroyer has been towed back into port just two days after it sailed, following a total propulsion failure while taking part in NATO exercises.

With its cutting edge, hi-tech equipment, the British Royal Navy's destroyer broke down and had to be towed back to port. It was a humiliating operation, as after setting sail just two days before, it was forced to retreat back to Plymouth Harbor.

The HMS Duncan is believed to have suffered total propulsion failure after leaving Davenport naval base on November 20. The 4,500 ton hi-tech ship ran into trouble off the Devon coast as it was taking part in maneuvers part of the Flag Officer Sea Training program.

British destroyer towed back to port after engine casualty https://t.co/aj88EpA7kW

​This is the latest in a series of electrical failures to leave the warship without propulsion and unable to fire its weapon systems.

The billion-dollar destroyers were meant to revolutionize naval warfare with greater anti-craft and anti-missile clout, but it soon became apparent that they are unable to reliably operate in warmer waters like the Mediterranean or the Gulf.

Recently, the Type 45 destroyer came under further fire, as it was discovered that it would be left without an anti-ship missile due to financial woes.

The Royal Navy originally wanted 12 Type 45s, but ended up with only six of the destroyers at a cost of US$1.45 billion each.

All six vessels are based at Portsmouth and fitted with revolutionary integrated electrical propulsion systems which drive the ship with "clean" power.

However, the power comes from a diesel generator, which failed to deliver enough energy, forcing the system to shut down. This left weapons systems exposed and the ship was vulnerable to attack.

Warnings were given by the Defense Select Committee about the destroyer back in 2009, when it reported that there was "persistent over-optimism and underestimation of the technical challenges combined with inappropriate commercial arrangements."

​Concerns about the vessel were also raised after the Type 45 HMS Daring lost power in the Atlantic in 2010 and had to be repaired in Canada.