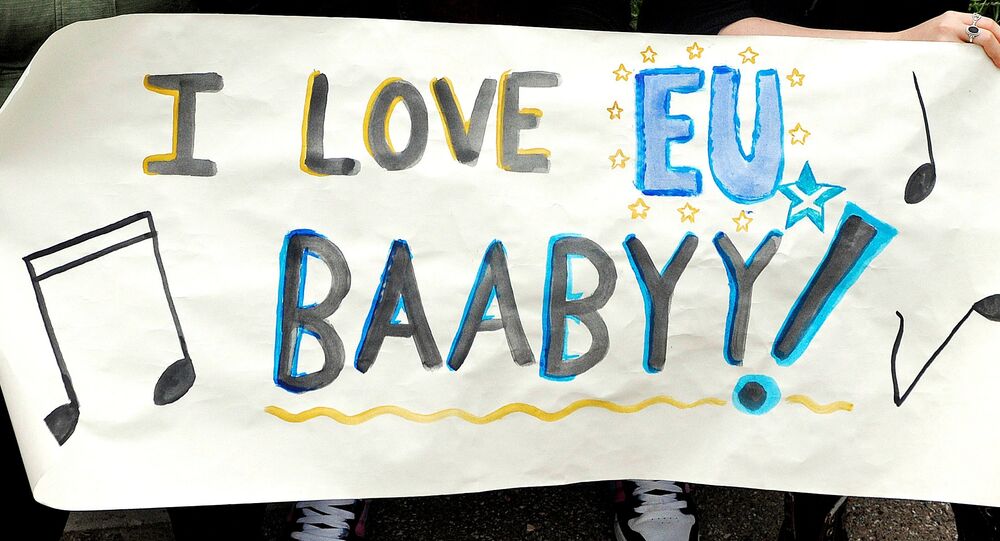 According to a survey by the Bertelsmann Foundation, pro-EU sentiment has grown significantly over the last five to six years, and there was a further increase in support seen after Brexit.

Member states such as the UK, France, Germany, Poland and Italy have seen a huge increase in support for the EU, with the only exception being Spain.

"The looming Brexit seems to have been the best advertisement for the EU," said Aart De Geus, of the Bertelsmann Foundation, Germany's largest NGO.

#Brexit has raised support for the EU poll shows https://t.co/atdItQyuOn via @BertelsmannSt

​The survey from the Bertlesmann Foundation, began in March 2016 and was completed in August 2016. It showed a huge surge in popularity for the European Union, against a backdrop of confusion.

56 percent of British citizens wanted to stay in the EU in August 2016 after the Brexit vote, compared to 49 percent when a similar survey was conducted in March, before the referendum.

The EU referendum vote in the UK on June 23, showed that people were very much in support of leaving the EU, with 52 percent of the British public voting to go solo from the Union versus 48 percent who wanted to remain.

​However, support for the EU has grown since the referendum in the UK and several other EU states.

This increase in the number of people who wanted to stay within the EU after the referendum vote, could have been caused by a variety of reasons.

Immediately after the vote, current interim leader of UKIP, Nigel Farage said on national television that he could not guarantee the funds that the UK government had been paying to Brussels would now be used for the National Health Service (NHS). This was a claim made by the Leave EU campaign team, who said that US$435 million would no longer be sent to the EU, but would instead be used to support the health service in the UK.

This trend of growing support for the EU, was not just seen in the UK, but also elsewhere in Europe.

"We keep asking the following question in the surveys, 'Imagine you could decide in a referendum whether your country is to remain a member of the European Union, how would you vote?' We ask more than 10,000 citizens in all member states, this way we are able to gather a representative answer for the Union as a whole as well as the six largest countries," a spokesperson from Bertelsmann Foundation stated within the report.

The number of Europeans that would have voted to leave in August was lower than in March, which means less support for leaving the EU after Britain opted out.

Overall, across the EU, it sank from 30 percent to 26 percent and in the United Kingdom it moved from 36 percent to 31 percent.

Many Remain supporters in Britain called for a second referendum and requested stricter guidelines, given the narrow win by the Leave camp, with a petition calling for a second vote being signed by over four million people.

However, a YouGov poll showed that the majority of the British public opposed a second referendum.

The latest survey results add further evidence of the public's ever-changing views of the EU — and who knows, they may change dramatically yet again.

Meanwhile, Brexit has led to much confusion amongst the UK population, from a high court battle requesting that MPs have a say in the Article 50 negotiations to the debate over Britain's future in the single market. Britain is stuck in a "Brexit limbo," whilst PM Theresa May's government offers little clarity as to how and when the UK will actually leave the Union.