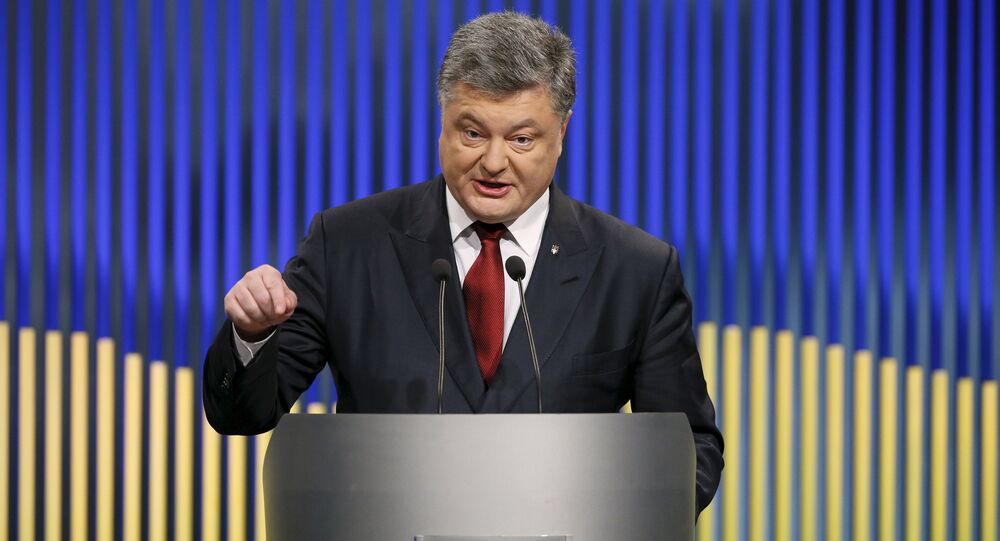 Ukrainian President Petro Poroshenko called Monday for unification of Ukraine's democrats, taking pro-European stance, as well as to refrain from turning political struggle into a war without rules.

© Sputnik / Andrei Stenin
Ukrainian Prosecutors Question Poroshenko for 6 Hours About Kiev Maidan Riots
KIEV (Sputnik) – Poroshenko said, that he expected to be supported in the struggle for strategic unity of all the pro-European democratic forces in Ukraine.

"Criticism should not be turned into destruction or elimination of the foundation for the Ukrainian statehood. Criticizing the president, the Cabinet of Ministers, the Parliament and other institutions, it is necessary to maintain respect [for them] and to support these institutions," Poroshenko said in a speech, delivered on occasion of the third anniversary of Euromaidan.

The Ukrainian president stressed that controversies between the government and opposition are inherent in any democracy, but they must not result in a civil war, which may make the state vulnerable to external threats.

In 2013-2014, Kiev's central Independence Square, known as Maidan, witnessed months of the pro-European protests sparked by then President Viktor Yanukovych's announcement to reject the Ukraine–EU Association Agreement over unfavorable terms.