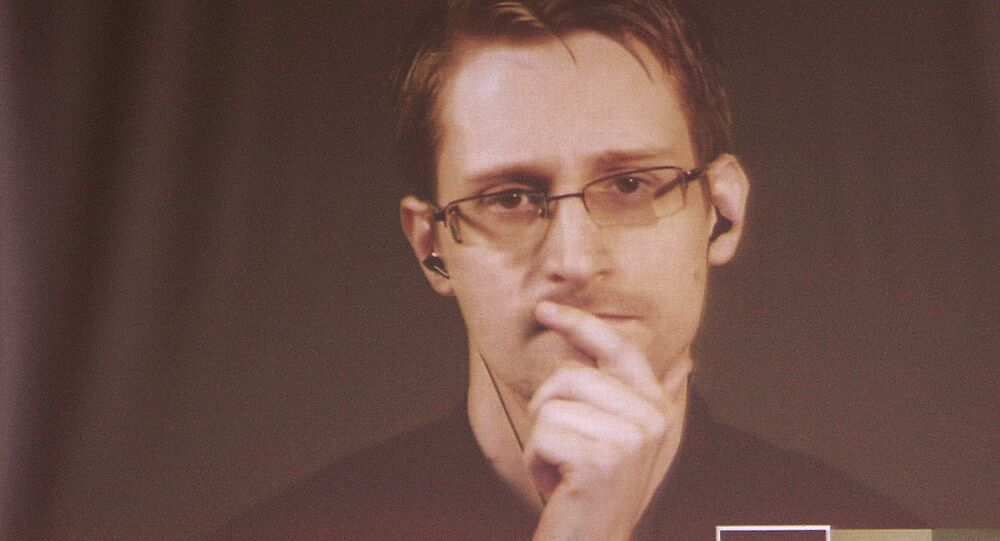 The German Federal Court of Justice (BGH) has ruled that the German government must make plans to bring former NSA whistleblower Edward Snowden to Berlin to answer questions from a parliamentary committee looking into US intelligence agency spying.

© AFP 2021 / JONATHAN NACKSTRAND
Snowden's Lawyer Says Whistleblower's Extradition to US 'Impossible'
The ruling, which German media reported was made on November 11, came after a campaign from opposition Green and Left parties, who have called for Snowden to travel to Berlin to give evidence to a Bundestag committee set up to investigate the spying activities of German and American intelligence agencies.

The decision also contradicts the stance of the current grand coalition government, which has previously blocked and resisted attempts to bring Snowden to Germany for questioning.

The CDU/SPD government under Chancellor Angela Merkel has previously said that it was not possible to guarantee Snowden's security in Germany as he is currently being sought for criminal charges in the US.

@Kraut_and_Tea He will come to Germany? Won't Germany be obliged to extradite him to the US?

There are also concerns in Berlin that any effort to bring Snowden to Germany would see the whistleblower apply for asylum, which could then cause huge diplomatic ramifications with Washington.

While it is still unclear whether Snowden — who has been living in exile in Russia since 2013 — will actually be brought to Germany, the BGH's ruling means that the government must make plans to ensure the American's safe passage to be questioned by the parliamentary committee, or at least justify otherwise.

'The Government Has Sabotaged Snowden's Hearing'

Following the Snowden leaks in October 2013, which revealed that the US has been spying on German political figures, including chancellor Merkel, the Bundestag set up a committee tasked with investigating "whether, in what way, and on what scale" the US and other allies "collected or are collecting data" that in someway relates to Germany and/or German citizens.

Many Germans were further outraged after it was revealed that German intelligence and political figures were aware of the espionage, but chose to do nothing about it for years, raising questions over the cosy relationship between the NSA and German intelligence agency, the BND.

"The verdict is a disgrace for the Grand Coalition, which has attempted to sabotage a proper witness hearing by Edward Snowden."

He said the decision was a sign that the government could no longer "handle the issue," while Left party representative Martina Renner said the court ruling was "a great opportunity for the Bundestag to clarify the essential questions of US surveillance practices."

"The federal government is now facing the test, and it must not be subject to the interests of the secret services," she added.