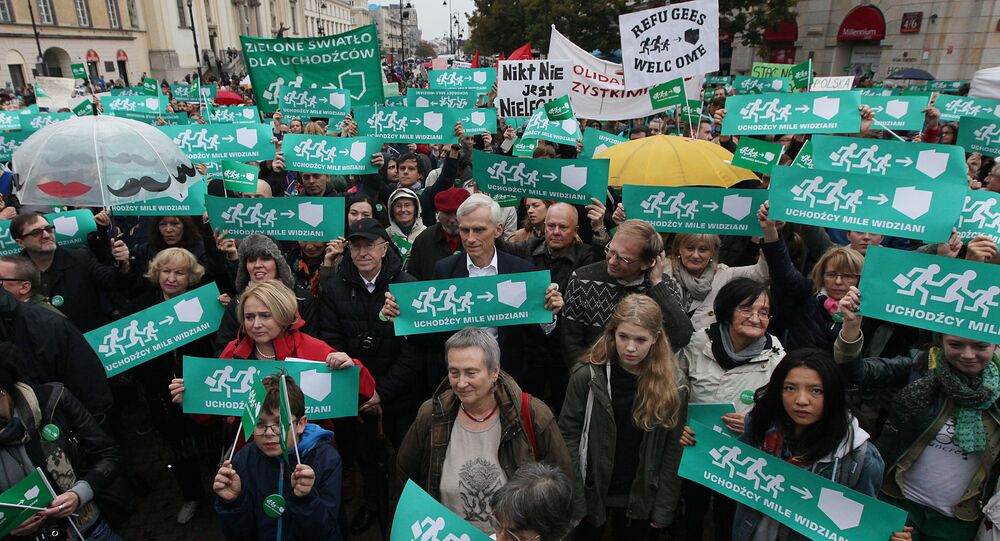 Polish Interior Minister Mariusz Blaszczak thinks that the techniques of refugee relocation across the European states should be reconsidered.

"Firstly, the methods of constant movement do not work, secondly, [they] trigger new waves of migration," Blaszczak said as broadcast by the Polish television channels.

Blaszczak stressed the necessity to "plug the holes" in the borders of the European Union.

According to the interior minister, it is necessary to provide assistance to the people attempting to escape from wars, but not to the economic migrants.

© Flickr / Zoe
Polish Interior Minister Rules Out Civilian Wiretapping Under New Anti-Terror
Europe is currently facing a major refugee crisis, with hundreds of thousands of migrants attempting to reach wealthy EU member states through various routes, including via Italy, Greece, Turkey and Balkan states. Despite Brussels' efforts to curb the migration influx, many people are still attempting to reach the European Union.

While many migrants are refugees, fleeing the conflict-torn countries of the Middle East and North Africa, some want to reach Europe in order to receive relatively high social benefits.

The European Union adopted a quota system last September that envisages the relocation of 160,000 asylum seekers across the bloc within two years.