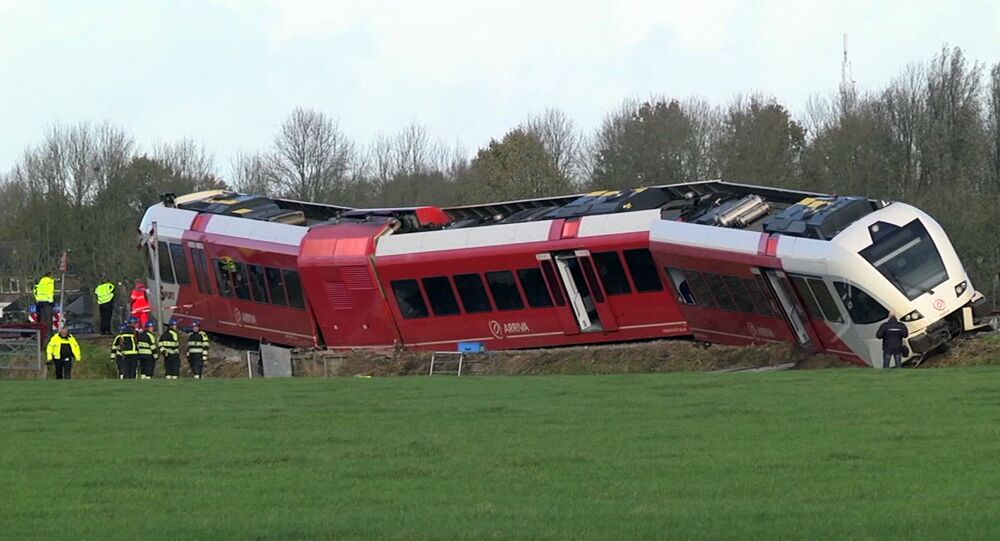 At Least 18 Injured as Train Derails in Netherlands

At least 11 people were hospitalized, while the other seven were treated at local fire stations, after a train collided with a milk tanker in the northern Groningen province, according to local media.

MOSCOW (Sputnik) — At least 18 people were injured in the Netherlands after a train collided with a milk tanker in the northern Groningen province, local media reported Friday.

The collision occurred earlier in the day with up to 75 traveling between Groningen to Roodeschool on a train operated by the UK-based Arriva transport company.

The milk truck driver was reportedly unhurt while train traffic was canceled on the entire line.

The Voslaan crossing, which was the site of the crash, saw a fatal incident in 2014, when a 24-year-old car driver died in a collision with a passing train.