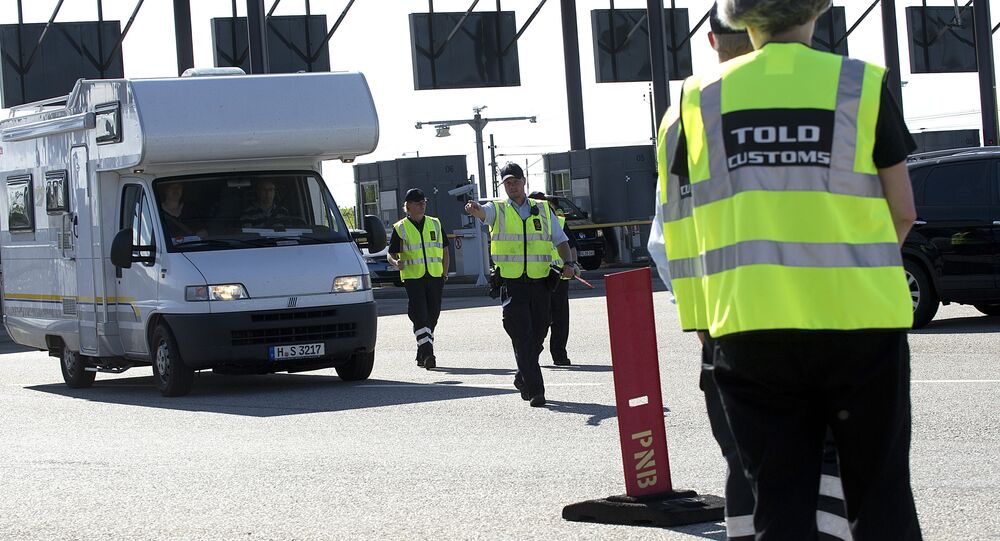 Despite pan-European efforts to tighten customs regulations and step up border controls, the restrictive measures have little or no effect on the clandestine support of terrorism. Millions of dollars in cash were seized in a recent operation to restrict the flow of money to Daesh and al-Qaeda.

Sepi V
Still Swedish Waters Run Deep: Swedish Financing of Terrorism Increases
A total of $5.5million was seized from people travelling to the Middle East alone during an operation codenamed Chimera, Swedish Customs reported. This year was the first time the Swedish Customs Administration participated in the operation, aimed at intensifying control over cash flows, in which besides cash over 485 firearms and about 1,200 other weapons like stun guns, batons and brass knuckles were seized from passengers bound for the Middle East. In total, some 20 countries participated in Chimera, among them the US, the Czech Republic and Thailand.

In Sweden, the Enforcement Authority, Police and the Customs Department collaborated in the operation to curb the outflow of criminal cash, which was held in October. Customs officials reportedly performed checks on passengers bound for "the eastern Mediterranean" in Arlanda Airport in Stockholm.

"I am very happy with the results, since over 600,000 SEK [roughly $70,000] in cash was seized during a short period of time," Linda Rundqvist, national operations coordinator at Customs Department, said in a press-release.

According to Rundqvist, the volume of cash from Sweden has been increasing, a trend which might possibly indicate a rise in the support of terrorism. Accordingly, the massive seizures of cash were made from travelers heading to Iraq and Turkey in just over 400 checks. Additionally, valuables such as watches were collected.

Earlier this autumn, Swedish Interior Minister Anders Ygeman conceded in an opinion piece in the Swedish tabloid Aftonbladet that apart from covert cash flows, digital currencies, such as Bitcoin could, too, be exploited for money laundering and even the financing of terrorism due to poor transparency. Ygeman called these methods "a threat to the society's financial infrastructure and long-term sustainability," as well as a "threat that transgresses national borders."

Meanwhile, the number of cases of the suspected terrorism financing in Sweden is increasing. The 2015 annual report by the Finance Police suggested that the total value of suspicious transactions exceeded 7.2 million SEK (roughly $0.9mln).