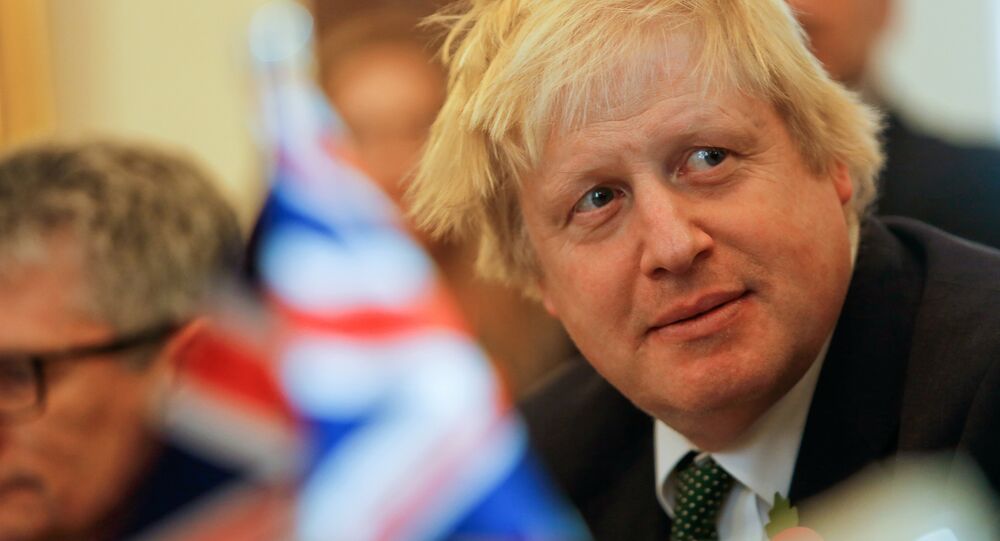 Britain's foreign secretary, Boris Johnson, famous for being London Mayor and helping to lead the UK out of Europe - is also pretty famous for opening his mouth without thinking. And this time, Mr. Johnson has managed to offend the Italians.

© AFP 2020 / SCOTT HEPPELL
Don't Shut Out the UK! Boris Johnson's 'Prosecco' Diplomacy
For the second time since Brexit, Bojo, as the UK's foreign secretary is more colloquially known, has used Britain's insatiable appetite for prosecco to bring up talks about the UK's trade deal with the EU.

In September 2015, Bojo appealed to his Italian counterpart Paolo Gentiloni not to penalize the UK economically for its decision to leave the EU and that Britons drank about 300 million liters of Italian prosecco a year.

No Fizz, No Fish ‘n Chips

But this time, BoJo has managed to "insult" Italy during his trip to Europe after suggesting Italy should back his Brexit trade deal or face looking billions of sales of prosecco sparkling wine, Italy's economic development minister Carlo Calenda claims.

A fundamentally flawed argument anyway. Fish&Chips would be far beyond saleable long before it reached anywhere in the EU. #Boris #Prosecco pic.twitter.com/ftuPZ3ZrcY

"His idea is, 'we want to have access to the common market without giving you access in terms of free circulation of people,' and I think this is wishful thinking," ​Calenda told Bloomberg TV.

"His answer was, 'Ok, but you are selling a lot of what we call prosecco in the UK… and you will allow us to do this because you don't want to lose prosecco exports.' "

Head very sore…had too much prosecco in Italy…think I may have insulted someone. Theresa furious.. Are 27 to 1 bad odds? #borisprosecco

​As for Boris Johnson's record for putting his foot in it — whether it's over fizzy drinks or fish and chips and the UK's future Brexit trade deals, he believes Britain will make a "Titanic success" of it, prompting ridicule in the House of Commons from Labour leader, Jeremy Corbyn.

© Photo : Pixabay
A Very British Meltdown Over Brexit
​Brexit, according to Britain's Prime Minister Theresa May, "means Brexit," but she is keen to keep any formal negotiations on leaving the EU in March under wraps, meanwhile Britain's foreign secretary BoJo, opens his mouth to all in Europe.

The UK's Foreign Office defended Mr. Johnson's comments suggesting that, "the foreign secretary's comments reflect the strength of the trading relationship between the UK and Italy. We're looking to ensure this continues as we depart the EU."