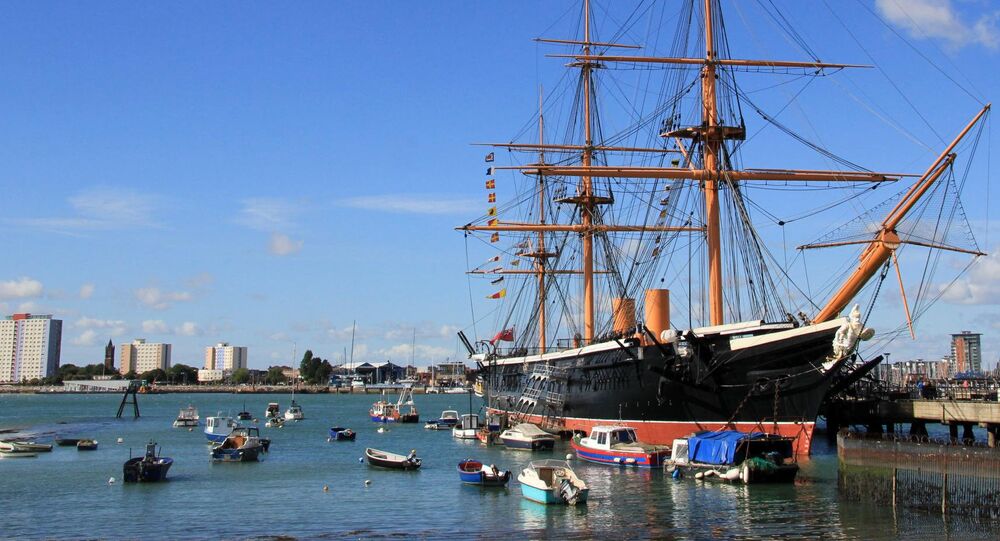 A World War Two bomb that was dredged up in Portsmouth Harbour in the UK, has been towed out to sea and detonated.

The bomb weighted in at 500lb (227kg) and was found at approximately 05:00 GMT on November 16. All train and ferry services, including the cross-channel ferries were suspended, some passengers were even stuck offshore for a number of hours while they waited for their ships to dock.

A controlled explosion took place by Royal Navy experts who detonated the device at 16:00, about 1.5 miles east of the Isle of Wight.

As the bomb was towed out of the harbor and into the Solent, the nearby Gunwharf Quays shopping center as well as the Portsmouth historic dockyard, home to HMS Victory and the Mary Rose Museum, were evacuated as a precaution, along with residential areas in Old Portsmouth.

The bomb was eventually taken to an area east of the Isle of Wight where a controlled explosion was carried out by the Navy's Fleet Diving squadron at 16:00 GMT.

The discovery of the bomb took place at the end of September by a dredging barge and a torpedo was also found earlier that same month.

Del McKnight, the squadron's commanding officer, said that the this detonation is a normal occurance and that in 2015 his team had experienced 450 callouts around the UK, so this was business as usual for them.

"We've had more callouts to Portsmouth than we would usually see because of the extent of the dredging works being done to make way for HMS Queen Elizabeth, but we have teams on standby at 10 minutes' notice around the UK ready to deal with these things," Officer McKnight said.