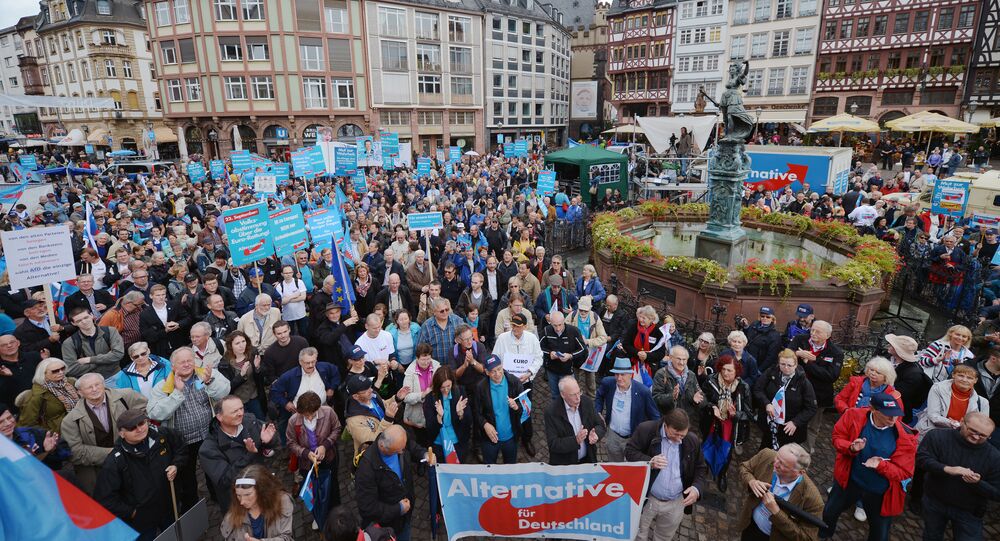 On this day, held annually two Sundays before the beginning of the Advent season, Germans observe a minute's silence to commemorate all victims of war and oppression, including soldiers and civilians.

However, the AfD in Mecklenburg-Vorpommern caused controversy by choosing to only commemorate the memory of fallen German soldiers at their congress. In contrast to the ceremonies across the Federal Republic of Germany, the AfD held a minutes's silence for soldiers, but failed to mention the millions of victims of the National Socialist regime.

Leif-Erik Holm, who was elected state chairman by party members, explained that by only honoring German soldiers, the AfD "resists the Zeitgeist," and "throws political correctness overboard."

"We owe a debt to the soldiers who had to fight for their country, (regardless of) whether these wars were right or wrong," Holm said.

Describing the AfD' Volkstrauertag decision as "provocation," German news outlet NDR reported that questioning whether the Second World War was "right" places the AfD in the company of the far-right NPD party.

Peter Ritter, a deputy for Die Linke in the state parliament of Mecklenburg-Vorpommern, told Sputnik Deutschland that the party's failure to commemorate all the victims of war reveals its true political position on the far right.

"I wouldn't describe it as provocation, rather it is a normal situation (for the AfD)," Ritter told Sputnik.

"This way of commemorating the victims of World War fully reflects (their) nationalist character and Teutomania."

© REUTERS / Michaela Rehle
New Poll Finds Germans Want Immediate Freeze on Immigration
Ritter also pointed out the similarity of the AfD's position to that of the far-right NPD party, and said his party is not willing co-operate with the AfD in the state parliament as a result.

"When the state chairman of the AfD party says something like this, it shows that the AfD is not ready to clearly distinguish itself from right-wing extremist ideas."

The motto of the Volkstrauertag is meant to be "reconciliation over the graves," and seeks peace through remembering all the victims of war and oppression, Ritter said.

"By announcing a minutes' silence to remember soldiers – and only them – the AfD has excluded itself from this conception and placed itself on the far right of the political spectrum."