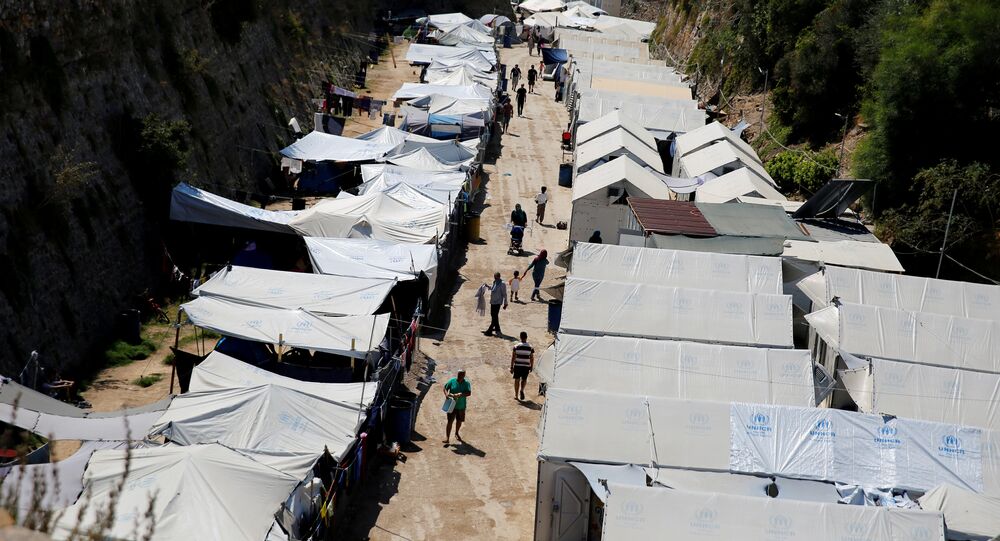 Refugees and migrants set the Suda refugee camp on fire, looted shops and vehicles, attacked people with fireworks on the Chios Island in Greece.

ATHENS (Sputnik) — According to Nea-online, they smashed a fireworks store and started displaying them into houses and residents, smashed cars and shops around the place. The significant part of the camp has burned.

The riot police had to intervene to restore the order.

© REUTERS / Marko Djurica
Devil in Disguise: Daesh Trains Its Militants to Look Like Refugees
Europe is suffering from a massive migration crisis, trying to find a way to tackle the flow of undocumented migrants. Greece is on the frontline of the refugee crisis, as hundreds of thousands of people arrive in the Balkan state crossing the Mediterranean in order to seek asylum in the European Union. Currently Greece hosts about 62,000 refugees, including up to 16,000 migrants places in islands’ camps.

The number of incidents involving migrants had recently increased due to their dissatisfaction of being prevented from reaching Central and Northern Europe.