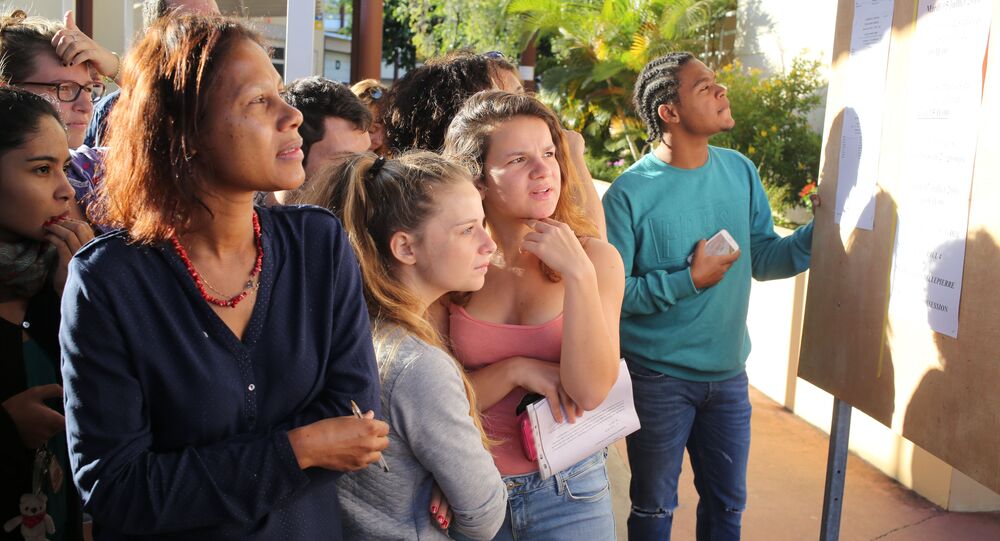 Almost Half of French Students to Ignore 2017 Presidential Elections

At least 45 percent of French students say they will ignore the country's presidential elections in 2017 believing that the learning environment and conditions for the French students have deteriorated since President Hollande came to power back in 2012, according to a recently conducted poll.

Almost half of French students believe that the learning environment and conditions for the French studentship have deteriorated since 2012 due to the failure of President Hollande to deliver on his electoral promises.

However a recent survey by the French Institute of Public Opinion Studies (IFOP) commissioned by the French L’Etudiant (Student) magazine reveals that the majority of students have become disillusioned with the policies of the current president.

45 percent now say they will ignore the country's presidential elections in 2017 as they believe that the candidates pay little attention to the problems of students.

Sputnik France spoke to Francois Kraus, head of the political and current affairs service at IFOP about possible reasons behind such results.

"It has become clear that students, the number of which rise with every year, do not see that the conditions for French students are improving," he told Sputnik.

© REUTERS / Benoit Tessier
Most French Centrists Prefer Juppe Over Sarkozy as Candidate for President
He further explained that by conditions they mean the learning environment, working conditions, financial benefits to students for housing and transportation and medical insurance.

Besides, he said, students are worried about rising unemployment in France and the failure of the governments under President Hollande to tackle it.

The political analyst also noted that many students now "veer to the right" as they have become disillusioned in the policies of the left-wing politicians.

"There is a certain disillusion of students in the leftists: the left-wingers have lost almost by ten points in comparison with the previous polls with regards to their contacts with students," he said adding that there is also a growing number of students who do not have closeness of views with any political party.

Francois Kraus said that the results of the polls reveal that majority of students believe that the candidates including President Hollande are not taking into consideration students' problems. Francois Hollande was the last on the list along with far left Philippe Poutou (20 per cent) while center-right Alain Juppe topped the list with 40 per cent.

Meanwhile, according to another poll from the same institute, 85 percent of the French do not want Hollande to run for a second term.

The migrant crisis, the crisis of European integration as well as a multitude of domestic problems have seriously damaged the reputation of mainstream political forces in many European countries, like France and Germany, where nationalist and populist movements have recently been on the rise.

France's Hollande to Run for President in 2017