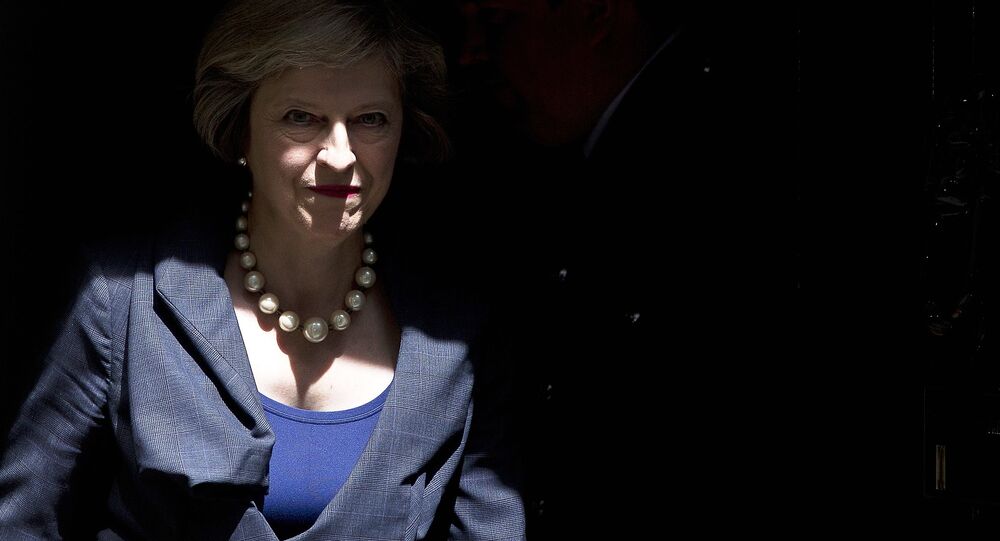 Downing Street has issued an unprecedentedly dismissive reprimand to US firm Deloitte, for publishing an unsolicited memo criticizing the UK's Brexit plans. British media had reported that the memo was commissioned by the government, but a spokeswoman slammed the claim as a naked attempt by a company to interfere while "touting for business."

Another week, another damning suggestion that Theresa May's government is flailing in the wind when it comes to a concise Brexit plan.

On Tuesday morning, what was called a "leaked government memo" by the Times newspaper and BBC, gave a sobering assessment of the government's attempts to prepare for negotiations with the EU.

Dated November 7 and entitled Brexit Update, it claimed that the British civil service has no common strategy, and that the 500 Brexit-related projects they are working on are "beyond the capacity and capability" of government. It recommended that the groundwork for official negotiations to begin are so behind, that the government should recruit an extra 30,000 staff or consultants.

That feeling when you receive an unsolicited memo from Deloitte highlighting the failures in your Brexit plan pic.twitter.com/RQBi0UVWs9

SNP Europe spokesman Stephen Gethins said it offered a "staggering insight into the utter confusion and chaos" within the upper ranks of the Conservative Party.

But, all is not what it seems.

Within a matter of hours, it was revealed that the "leaked government memo" was neither a government written or commissioned memo, or leaked at all. It was written by an employee of US accountancy and professional services giant Deloitte.

A textbook example of disruption? The #Brexit referendum https://t.co/uMlQffkJhQ pic.twitter.com/ntuJXbhFbn

Downing Street issued a robust denial, late on Tuesday afternoon, accusing the company of "touting for business," and implying that their memo may not have been "leaked," but "published" for financial gain.

Deloitte memo is consultant equivalent of builder providing a quote: who did that? cowboys… this is going to cost a lot to put right

The shocking accusations have illustrated once again that although it's five months on from the Brexit vote, passions remain high, and opinions, starkly polarized.

"It's not been commissioned. It's nothing to do with us. It hasn't been distributed widely across Government so it does seem like a firm touting for business now aided by the media.

"It was not commissioned by the Government, it was produced by an individual from an external accountancy firm, who was not working for Government. I think struggle to understand why such an unsolicited memo that has no credence can make front page news or indeed lead broadcast bulletins in the morning. There is no basis for it.

"This individual has never been in Number 10 or engaged with officials in Number 10 since the Prime Minster took office.

"I struggle to understand why one individual who has never met the PM or any members of her team can then decide that the timetable is of course different, what is the basis for that?

"We don't recognize any of the claims in the unsolicited prepared for an accountancy firm seeking to do business with government that's been published or leaked today."

Several Tory MPs have angrily dismissed the firm for what they call unacceptable bias, pointing to David Sproul, Deloitte's UK chief executive. In the run up to the Brexit referendum, he signed a letter calling for Britain to remain in the EU.

"It's complete nonsense. You don't need consultants who are against Brexit and trying to undermine it," John Redwood, a Tory euroskeptic, said.

"They are not speaking for the Government and I'm very glad they are not. Brexit can be much quicker, better and cheaper than they think."

Pro-Leave campaigner Dominic Raab MP added that he thought it "a masterpiece of self-publicity."

On the same day as the furor over their "leaked memo," Deloitte also published a survey that found 65% of British Chief Financial Officers say Brexit negotiations will be "bad for business."

David Sproul, chief executive at Deloitte UK, said: "Businesses across Europe have contended with a number of political shocks over the summer, reflected in high levels of uncertainty."

What is now certain, from the swift and strong rebuke of Deloitte, is that the UK government is at loggerheads with several large multinational companies, which operate in the UK.

Thousands of jobs are wrapped up in the future choices of these companies. While many chose to publicly call for the UK to remain in the EU, now the UK is heading for the EU exit-door, British employees must watch closely to see what action these same organizations will take: if the UK will really see the exodus of banks and businesses that some remain campaigners predicted, and feared.

Brexit Talks May Be Postponed Over Cabinet Split, Workload