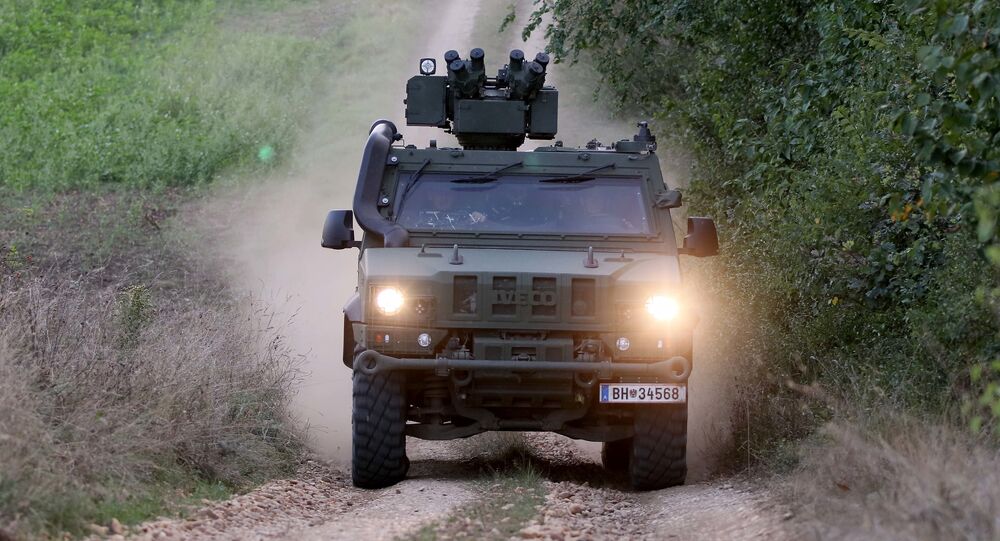 EU Foreign Ministers have agreed to set up a rapid reaction force that will involve EU Battlegroups, "air security operations" and "maritime security or surveillance operations," to work alongside NATO, which is facing serious questions following criticisms from US President-elect Donald Trump.

Trump argued throughout the hustings in the presidential campaign that Europe is not paying its way within the alliance and has questioned why the US pays so much into an organization he described in March as "obsolete".

"Today we decided, all 28 member states, on a plan on EU security and defence" Read it here📎 https://t.co/Kb4cR4bXiW pic.twitter.com/RRJzlu4JdJ

His remarks sparked major worries in Eastern European NATO member states — including Latvia, Lithuania, Estonia and Poland — which are calling for more military support in the face of what they perceive to be the threat from Russia.

However, calls for an EU army, running separately from NATO, have been slammed by pro-alliance supporters — notably Britain — as well as by NATO itself, which sees any supplementary force within Europe as an unnecessary duplication.

Former NATO chief Anders Fogh Rasmussen has dismissed European Commission President Jean-Claude Juncker's plan for a European army as a "paper tiger," while the current NATO Secretary General, Jens Stoltenberg, said: "Going it alone is not an option, either for Europe or for the United States."

I congratulate @realDonaldTrump on the election victory. The Trump adm. must display global leadership and defend friends & allies #USA2016

In an attempt at distancing itself from criticism for setting up a parallel operation to NATO the EU's High Representative/Vice-President Federica, Mogherini said:

Despite this, she said the substance of the plan is about providing the European Union with the "capabilities, the structures, the tools and the financial resources that are needed to fulfil the level of ambition we identified […] deepening defense cooperation through the European Defense Agency," according to the final document agreed by the ministers.