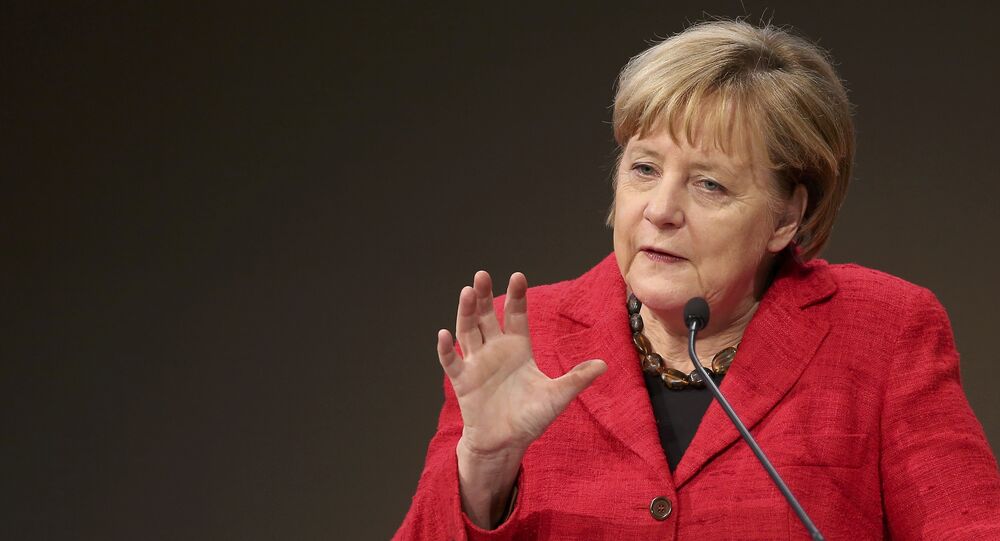 Granting a special status in the European Single Market to the UK may pose a huge threat to its key principles, German Chancellor Angela Merkel said on Tuesday.

© CC0 / PIxabay
UK to Invest $18Bln in Infrastructure to Handle Economic Turbulence Caused by Brexit
MOSCOW (Sputnik) – Giving the United Kingdom an opportunity to be a member of the European Single Market without participation in the freedom of movement will pose a threat to Single Market's key principles, German Chancellor Angela Merkel said on Tuesday.

"If we make an exception for Great Britain concerning freedom of movement, that will mean a threat to the key principles of the Single Market as everybody will also want to have such exceptions," Merkel said at the German Employer Day 2016.

She pointed out that the European Single Market was based on four principles, namely freedoms of movement of people, goods, services and "finance market products," which are inseparable from each other.

© CC BY 2.0 / Jonathan Rolande / House Buy Fast.
Brexit Talks May Be Postponed Over Cabinet Split, Workload
On June 23, the United Kingdom held a referendum to determine whether or not the country should leave the European Union. According to the final results, almost 52 percent of voters, or more than 17 million people, decided to support Brexit.

On October 2, UK Prime Minister Theresa May said that the country would trigger Article 50 of the EU Lisbon Treaty by the end of March 2017 to start the official procedures to cease its EU membership.

A number of EU leaders have stated that the United Kingdom will lose its access to the Single Market unless it keeps freedom of movement rules. May, meanwhile, suggested at the Conservative Party conference in early October that the country’s exit from the European Union would be a "hard" rather than "soft" Brexit, meaning that control over immigration would be prioritized over the access to the European Single Market.

UK Should Work Around Downsides of Globalization - Prime Minister