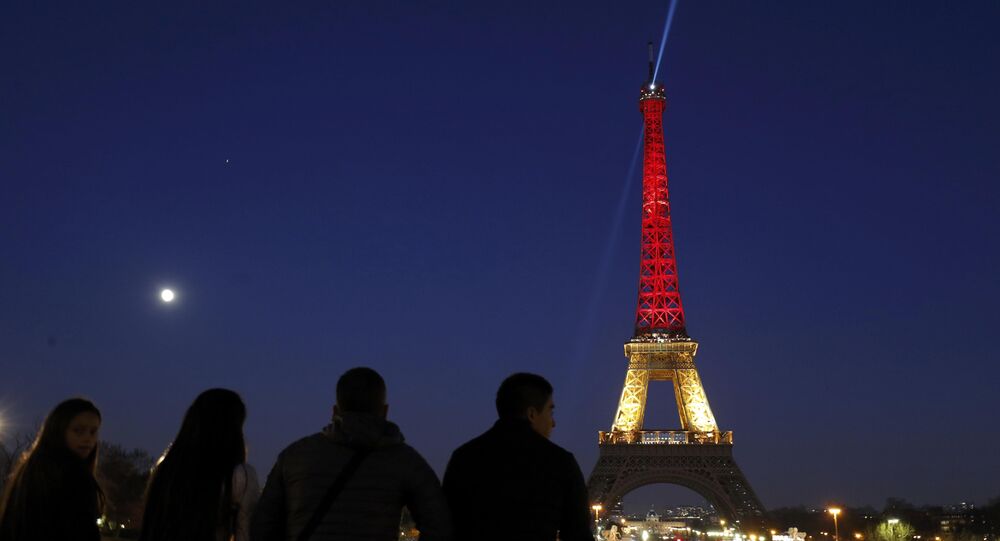 The November 2015 massacre in Paris led to the number of attacks related to Islamophobia in the United Kingdom.

© REUTERS / Philippe Wojazer
French President Unveils Memorial Plaques at Sites of Paris Terror Attacks (VIDEO)
MOSCOW (Sputnik) — The November 2015 massacre in Paris has resulted in the number of attacks related to Islamophobia in the United Kingdom, the president of the Muslim Association of Britain told Sputnik on Sunday, on the anniversary of the Paris tragedy.

"Without doubt, statistics have shown that there has been a significant increase in the amount of Islamophobia-related attacks [in the United Kingdom] following the Paris incident in 2015. Without doubt, some would include those which are due to perceived reprisals against Muslims they associate wrongly with the Paris attacks," Omer El-Hamdoon said.

The president of the association added that to avoid radicalization of a society, it would be necessary to introduce a more inclusive ideology and to prevent "marginalization of the youth," which often leads to radicalization.

Paris today marks a one-year anniversary of a series of violent attacks carried out in different spots of the city that claimed 130 lives. Daesh terrorist organization, an ultra-conservative Sunni Islamist group, is responsible for the carnage.