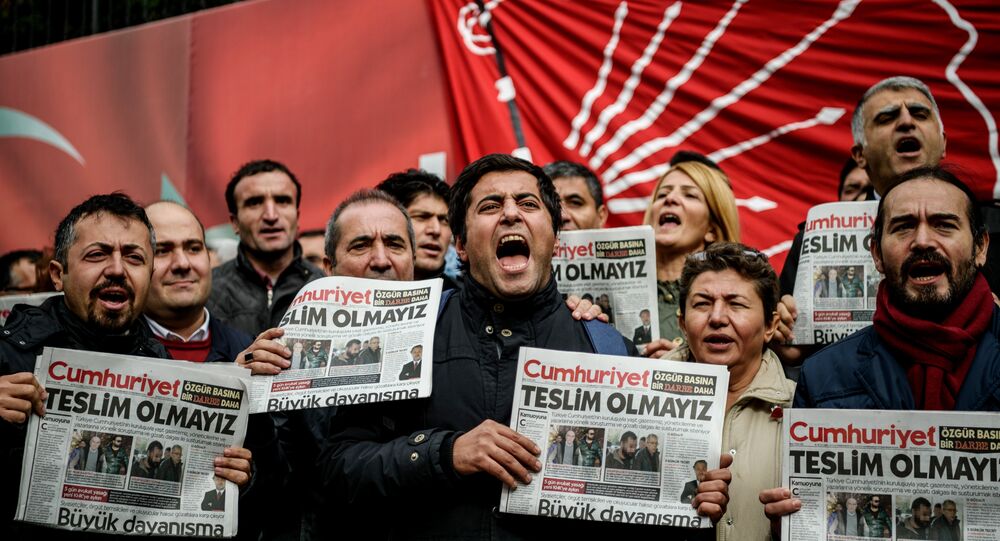 Germany's foreign minister is set to make a flying visit to Turkey in a desperate attempt at bringing back on track talks between Brussels and Ankara over the controversial EU-Turkey migrant deal and Turkey's accession to the EU, following a damning report that suggested both were in serious doubt.

German Chancellor Angela Merkel, March 2016, brokered a deal with Ankara to stem the flow of migrant reaching Europe via Turkey, either using the Aegean Sea crossing to reach the Greek islands or the overland route via the West Balkans.

As part of the deal, Brussels agreed to accelerate Turkey's accession into the EU and grant visa-free access to Turkish citizens to the EU Schengen area by — first — the end of July, and subsequently, the end of October — both of which deadlines have passed.

Contingent on that deal was a plan to relocate "irregular migrants" — those refused asylum — from Greece back to Turkey, in return for US$3.26 billion in aid to assist Turkish refugee camps. However, many refugee NGOs — including the UNHCR — refused to cooperate, citing Turkey's poor record on human rights and conditions at its refugee camps.

The situation worsened following the failed attempted coup against Turkish President Recep Tayyip Erdogan, after which he staged a series of crackdowns on opposition parties, the media and many civil servants, including the judiciary, the military and law enforcement agencies.

In his latest upsum of the situation, Johannes Hahn, Commissioner for European Neighborhood Policy and Enlargement Negotiations, said grimly: "There has been and continues to be serious backsliding by Turkey in the areas of rule of law and fundamental rights, especially with regard to the functioning of judiciary and freedom of expression."

"An already very problematic situation has been further exacerbated by many of the measures taken since July, the scale and collective nature of which give cause for very serious concerns. Our analysis also shows backsliding in the area of public administration reforms and structural economic reforms.

"In short: the EU was committed to use a challenging situation to strengthen our ties with Turkey. But in key areas of our relationship and on core international commitments to which Turkey has signed up, Ankara has clearly chosen to move away from Europe, not closer towards it," Hahn said.

The downbeat appraisal of the EU-Turkey talks was echoed by European Parliament Dutch lawmaker Hans van Baalen, who said:

"The negotiations with Turkey on EU membership are at a dead end. Turkey is drifting away from democracy, the rule of law and fundamental freedoms, including free speech and media freedom."

Germany's foreign minister Frank-Walter Steinmeier is set to visit Turkey in the week of November 14, in an attempt to bring the deal back on track.

Meanwhile, foreign ministers meeting in Brussels Friday (November 11), will struggle to square the EU-Turkey migrant deal with the terms of accession for Turkey to join the EU, further throwing into doubt the endgame, which was to manage the refugee crisis and stabilize the situation in Northern Syria and Iraq.

Erdogan Calls on EU to Review Accession Talks With Turkey