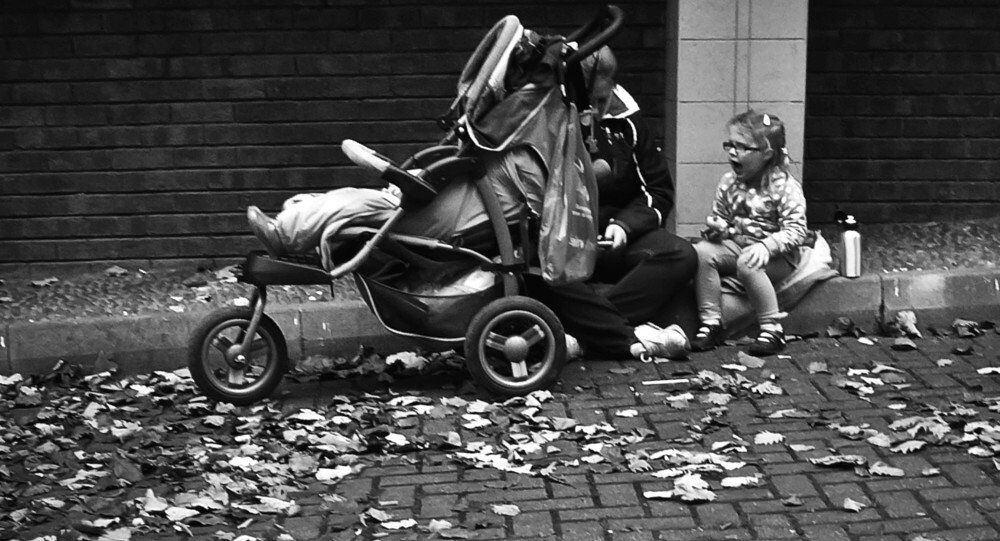 Almost Quarter of People in Wales Live in Poverty

An average of 700,000 people lived in poverty in Wales in the three years to 2014-2015, which is equal to 23 percent of Wales' population, according to the report of the Joseph Rowntree Foundation.

© Flickr / Heather Katsoulis
New Report Reveals High Number of Child Sex Abuse in England and Wales
MOSCOW (Sputnik) — Almost a quarter of citizens in Wales are faced with poverty, which is costing the country around 3.6 billion pounds ($4.4 billion) in additional public spending a year, a report by the Joseph Rowntree Foundation revealed on Tuesday.

The "Prosperity without poverty" report said that an average of 700,000 people lived in poverty in Wales in the three years to 2014-2015, which is equal to 23 percent of Wales' population.

It found that poverty is responsible for around 3.6 billion pounds of additional public spending on health, education, social care and police and criminal justice services — an equivalent of over 20 percent of the Welsh budget.

© Flickr / www_ukberri_net
Wales Extends Moratorium on Fracking
The report also addressed the fact that the UK departure from the European Union could exacerbate the situation, as Wales currently receives funding from Brussels. The foundation added that, "in the longer term, the UK government should earmark a sum equivalent to Wales’s structural fund receipts – approximately £400m a year in 2014."

The foundation issued a number of recommendations to tackle the situation, including the building of affordable homes, an employability program and the creation of an enterprise zone to stimulate job creation.

Number of Deaths Caused By Drug Use in England, Wales Highest Since 1993

No Specific Threat to Wales Despite Warnings Over Jihadi Training Activity