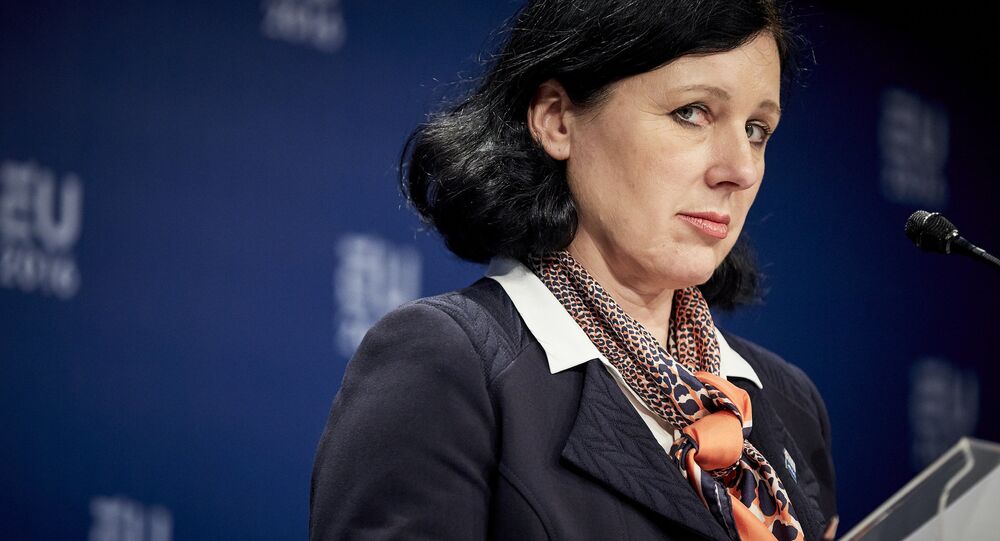 The EU Parliament is to question commissioner Vera Jourova, who is responsible for the EU's anti-money-laundering policy, as part of its inquiry into the Panama Papers scandal.

Described by the whistleblower Edward Snowden as the biggest leak in the history of data journalism, the UK has been singled out for having such a large majority of offshore companies. Some are accused of being used to evade tax, process political bribes, hide funds for criminals and avoid sanctions.

In April this year, the Panama Papers scandal broke. 11 million files from Panama law firm Mossack Fonseca were leaked in the press, exposing nations, world leaders, celebrities and businessmen alike for their financial and tax arrangements.

He claimed he sold his shares to his wife and denies any wrongdoing, but the public damage was already done. Also, facing pressure and public scorn was Pakistan's Prime Minister Nawaz Sharif, Spain's minister of industry Jose Manuel Soria, and then UK Prime Minister, David Cameron.

Seven months later, on Tuesday, November 8, European Parliament members will question Vera Jourova, the EU's justice commissioner responsible for the EU's anti-money-laundering policy. She is expected to be asked whether the European Commission and several national governments, like the UK, were in breach of their EU treaty commitment to "sincere cooperation", by not taking action against secretive tax avoidance structures.

However, she is also under pressure over earlier allegations that she has been in too close contact with some members of the inquiry over the matter.

When the EU Parliament's 10-month inquiry began in September this year, German MEP and committee chair Werner Langen complained that the committee did not have "full access to documents" and claimed that some members are in "close contact" with commissioner Vera Jourova, as well as economic affairs commissioner Pierre Moscovici, about the scandal.

[Tweet: 'We will take the #PanamaPapers mandate seriously and make our researches fair, transparent and open!']

It's not yet clear what Mr. Langen meant by "close contact", and whether he is alleging that there has been malfeasance.

What is evident, is that straight off the mark, the UK came under fire.

Given the amount EU is losing with money laundering we need more people making sure rules are implemented! #TaxJustice #PanamaPapers pic.twitter.com/QjvhwIodfg

At the inquiry's first evidence session in Brussels, MEPs from a range of parties called for the inquiry to focus on the role of British overseas territories. Nearly half the 214,000 companies, trusts and foundations that were mentioned in the leaked data were registered in the British Virgin Island.

At one hearing, Green MEP Molly Scott Cato accused the UK of being "right at the heart of this."

In response, Swiss journalist Oliver Zihlmann, who was one of the journalists who broke the story, said that London appeared "very often" as the location where money hidden through secretive tax structures was laundered.

The UK's Conservative government has talked tough on the issue in the past. Before resigning in June this year, David Cameron said:

"I'm determined that the UK must not become a safe haven for corrupt money from around the world.

"We need to stop corrupt officials or organized criminals using anonymous shell companies to invest their ill-gotten gains in London property, without being tracked down."

However, in the aftermath of the Panama Papers scandal, the UK has been resistant to the EU proposal for a blacklist of tax havens, and a pilot project to exchange information on companies' real owners. The UK has several overseas tax havens, which provides millions in revenue for the British treasury.

G20 countries have repeatedly pledged to close down tax havens since the financial crisis of 2008, when the secrecy shrouding parts of the banking system was widely seen as worsening global financial instability. However, many countries still do not make details of individuals' financial worth available to the tax authorities in their home countries.

The inquiry's findings are expected to be published next summer.