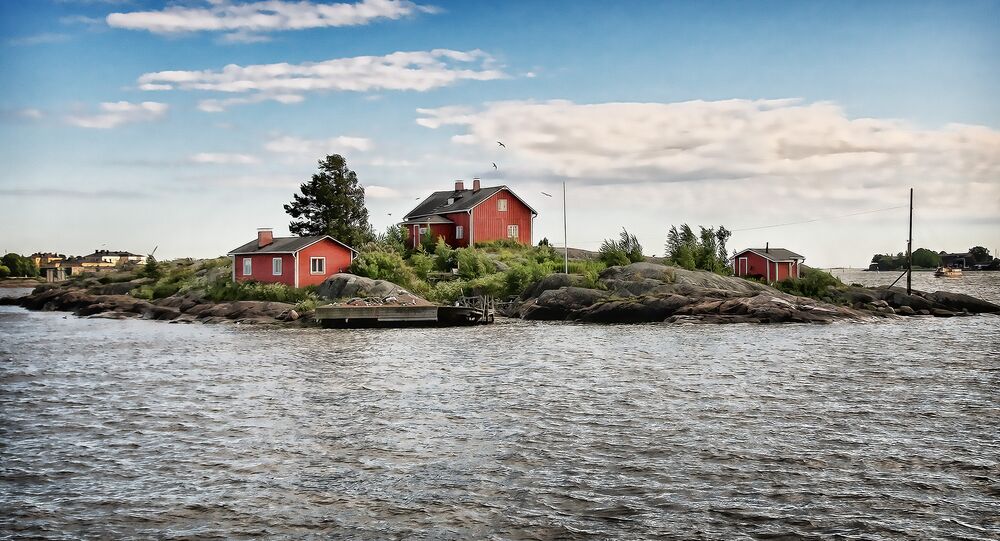 After several years of steady decline due to the financial crisis and sanctions war, Russians' appetite for Finnish real estate is rising again. Despite the fact that real estate transactions seem to be beneficial to both parties, Finnish security services have voiced their concern that property in fact might be procured for military reasons.

By Supo's own admission, examples of "foreign powers" paving the way for a crisis have been manifest. A landowner associated with foreign power is likely to build structures on their property that can be used to accommodate soldiers without designation (so-called "little green men") or block key highways during crises or armed conflicts. Remarkably, Chairman of the Finnish Parliamentary Defense Committee Ilkka Kanerva specifically pointed out that Russia as such is not mentioned in Supo's report.

In the past decade, land purchases in the Turku Archipelago and along Finland's eastern border made by citizens with dual citizenship have been questioned by Finnish authorities and defense officials. Supo has a specific interest in property transactions "that do not seem to have any commercial or other logical explanation."

© Flickr / Martin Nedermo
Tempers Running High as Finnish 'Islands of Peace' Face Re-Militarization
In recent years, Finland has sold a remarkable number of plots and properties located in the vicinity of Finnish military installations such as army bases, air traffic control facilities, air surveillance and depots. The concentration of properties purchased by the Finnish-Russian citizens is strongest in eastern and central Finland, as well as along the main shipping routes in the Turku archipelago. Now, these transactions seem to give Supo a headache.

"I do not see how you can prevent anyone from buying land, but there are certainly reasons to reconsider the purchase of land in strategically important places," Finnish MP Anders Adlercreutz told Hufvudstadsbladet.

Political scientist Markku Kangaspuro at the University of Helsinki and research director the Finnish Centre for Russian and Eastern European Studies dismissed the notion of a "Crimean scenario" happening in Finland, which by many of his compatriots had been viewed as a "hostile takeover." According to Kangaspuro, Crimea was predominantly Russian-speaking and its inhabitants sported a warm pro-Russian sentiment. In Finland, however, armed troops will certainly be noticed among local residents, he pointed out to Finnish broadcaster MTV.

© Wikipedia / LPfi
Finland Considers Re-Arming Åland After 160 Years of Peace
According to researcher Hanna Smith of the Finnish Centre for Russian and Eastern European Studies, Russian vacationers in the Finnish countryside are not a threat, even if ownership may be a bit blurry because of various mergers and acquisitions.

"Problems may arise, if they begin to feel that they are being ostracized," Hanna Smith told the Finnish news outlet Uutisvuoksi.

Supo's criticism of Russians buying real estate of was observed by the Russian Foreign Ministry.

"I do not know how you can live in such a constant fear, to be honest. I think it is really close to paranoia," Russian Foreign Ministry spokeswoman Maria Zakharova said, claiming that Finland's Russophobia may in time grow into a mania.

As of 2013, approximately 6,000 Finnish properties were owned by Russians, Finnish national broadcaster Yle reported. This number was expected to grow to 25,000 by 2030.