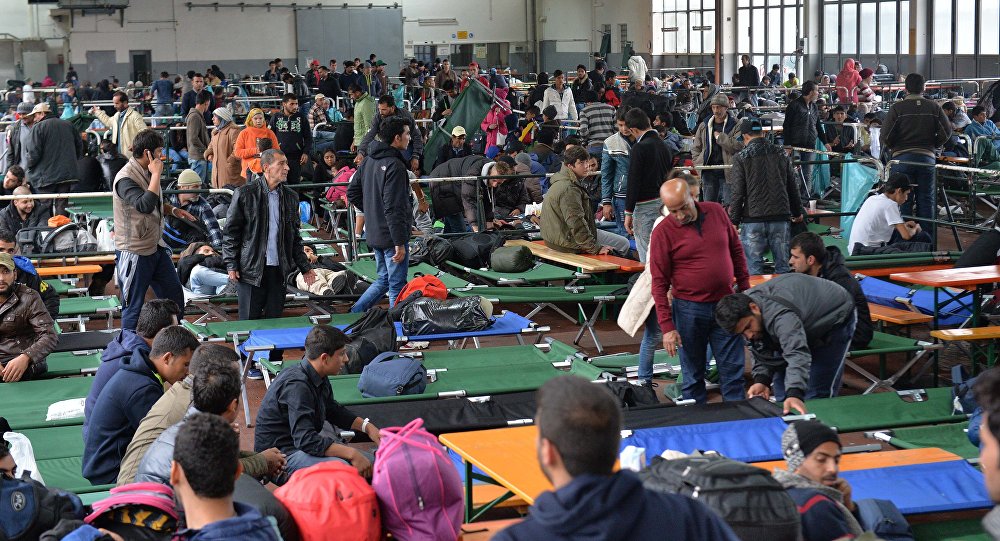 The idea of sending migrants rescued in the Mediterranean Sea back to Africa's shores should be explored and negotiated on the EU-wide level, a spokesperson for the German Interior Ministry told Sputnik Monday. 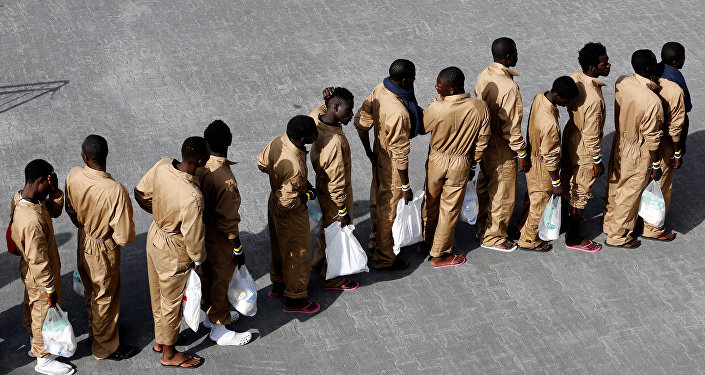 © REUTERS / Antonio Parrinello
Migrants Electrocuted and Beaten in Italy's Not So 'Hot Spots' - Amnesty
MOSCOW (Sputnik) — On Sunday, a German Interior Ministry spokeswoman told the Welt am Sonntag newspaper that the ministry proposed returning all migrants rescued in the Mediterranean to northern Africa in order to put an end to human trafficking that results in numerous deaths due to shipwrecks.

"There are no specific plans or precise ideas yet on sending back migrants rescued in the Mediterranean Sea. Such agreements would have to be developed and negotiated by the European Union," the spokesperson said, adding that this idea has been discussed neither with EU states, nor with the countries suggested as reception places for migrants.

The German Interior Ministry suggested that migrants would not be send to war-torn Libya but instead to some other northern African states like Tunisia or Egypt, and, according to the motivations expressed in comments for Welt am Sonntag, the goal of this proposal is to remove the basis for people smuggling organizations and to save migrants from the life-threatening journey.

© AFP 2019 / Geoffroy Van Der Hasselt
Paris Metro Battle Between Migrants as More Come From Calais
The spokesperson reminded that in the past Interior Minister Thomas de Maiziere had floated the idea to expand the model of the EU-Turkey migrant deal that presupposes accepting all undocumented migrants who arrive in the European Union through Turkish territory in exchange for Syrian refugees accommodated in the country on a one-for-one basis on further states, including North African countries, to reduce human trafficking.

"It was based on the idea of helping countries of departure to organize the reception of sent back migrants, who have not been granted asylum in an EU member state after a fast procedure, and on the other hand, offer those states resettlement procedures," the spokesperson noted.

According to the latest data by the International Organization for Migration, 159,496 people have reached Italy by sea this year and 4,220 died while trying to reach its shores.

While the German interior minister emphasized the humanitarian aspects of such a proposal, critics of the initiative accused him of shifting from Germany's well-known generous asylum policy toward highly controversial Australia-style migration policies, which allows for the detention of people on the Pacific Islands while their asylum applications are considered.

Berlin Coughs Up Another €2.6bln to German States to Support Migrants