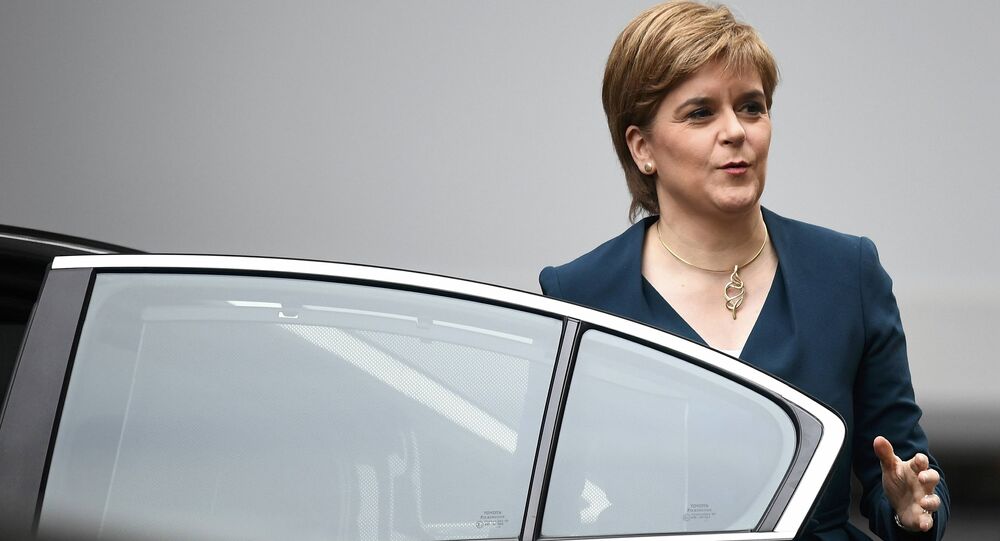 Scotland's devolved government is expected to join the legal challenge against UK Prime Minister Theresa May, in regards to triggering an exit from the European Union.

© REUTERS / Toby Melville
May: UK Govt to Deliver Decision of Britons on Brexit Despite Certain Opposition
A British court ruled on Thursday, November 3, that the government needs parliamentary approval to start the process of leaving the European Union, potentially delaying the UK government's Brexit plans.

The government said it would appeal against the High Court ruling and Britain's Supreme Court is expected to consider the case in December 2016.

"We are expecting a number of governments to join us," Gina Miller, an investment manager leading the court case against the government, told the BBC in a recent interview, indicating Scottish, Welsh and Northern Irish devolved authorities could become involved.

However Scottish First Minister Nicola Sturgeon, has said that no decision has been taken in regards to Brexit, despite the frustrating meeting between herself and Mrs. May over EU negotiations.

"But their case will be different to ours. They will be talking about their own particular interests," Scottish First Minister Nicola Sturgeon said.

"The Scottish government had a representative observing proceedings throughout this case and we are currently considering whether we should now seek to become participants in the appeal process," she wrote in the Observer newspaper.

The frustration has continued, as the PM, Theresa May, refuses to reveal any details of her plan on how she intends to break with the EU to Scotland and Wales. Also Mrs. May has yet to assure them that tariff-free trade with the EU will continue.

The Tories seem intent on ignoring Scotland's interests. We won't — we want to know what you think. Tell us here: https://t.co/JTWviwhs68 pic.twitter.com/DRlRvctPqS

Nicola Sturgeon, the first minister of Scotland, left a joint ministerial council for the leaders of the home nations, saying she thought May did not have a coherent plan for how to take the UK out of the EU.

"I don't know any more now about the UK government's approach to the EU negotiations than I did before I went in to the meeting. At the moment, it doesn't seem to me like there is a UK negotiating strategy, which is one of the sources of great frustration," Mrs. Sturgeon said.

It seems the inevitable arrival of Brexit may be delayed, with the High Court battle leading the way in adding further complications to a process that the government doesn't really seem to understand how to implement.

Now that Scotland may also decide to join the legal proceedings, this could damage the PM's plans even more. Only time will tell whether Brexit will ever mean Brexit, but one thing is certain, Britain's journey to leave the EU is not as straightforward as many first thought.

May: UK Govt to Deliver Decision of Britons on Brexit Despite Certain Opposition