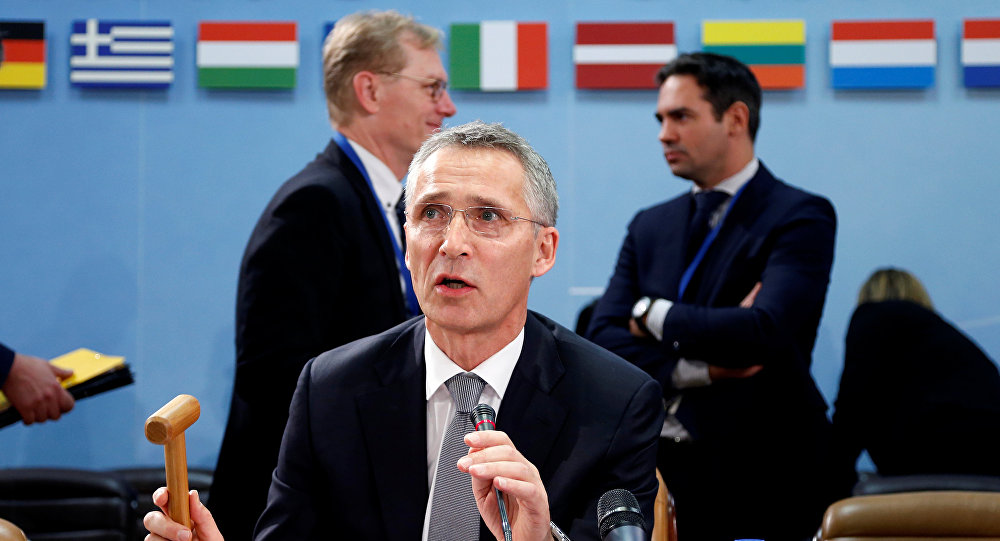 © REUTERS / Stevo Vasiljevic
Overlap of NATO, Russian Military Drills in Balkans Poses No Threat for Region
MOSCOW (Sputnik) — The NATO chief did not state any precise numbers, while UK Permanent Representative to NATO Adam Thomson told the newspaper that some 300,000 troops would be impacted by the measures, with the aim of shortening response times from half a year to two months.

“We have seen Russia being much more active in many different ways… We have also seen Russia using propaganda in Europe among NATO allies and that is exactly the reason why NATO is responding. We are responding with the biggest reinforcement of our collective defence since the end of the Cold War,” Stoltenberg said in an interview with The Times, published on Monday.

The troops will reportedly act in support of current NATO fast response troops that have recently been boosted and have a response time of several days.

After July's NATO summit, Stoltenberg said that NATO resolved to strengthen its military presence in Eastern Europe on a rotational basis with four battalions in Poland and in the Baltic nations.

Hanging in the Balance: US Relations With EU, NATO Depend on Nov 8 Election