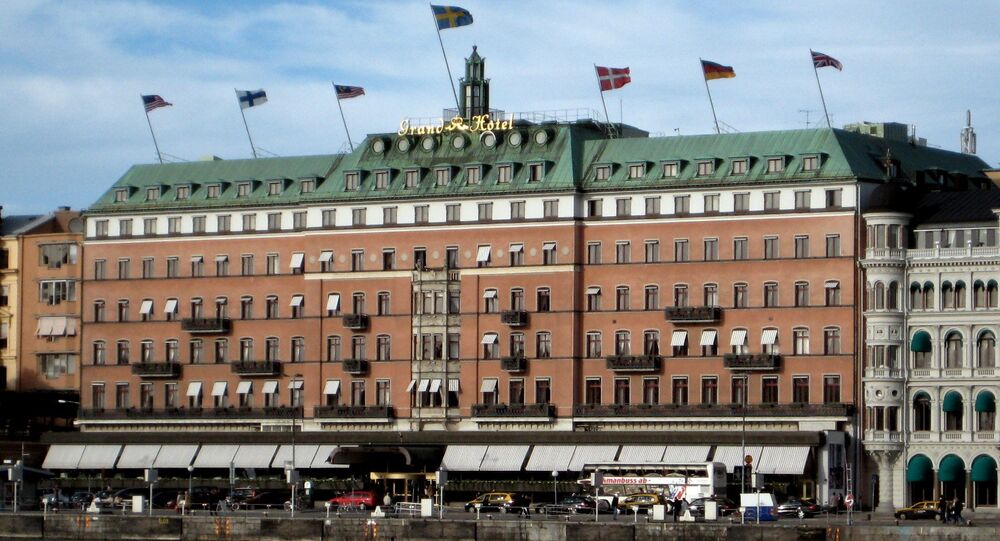 Following a storm of protests, Stockholm's Grand Hotel has come with an unprecedented public apology for hosting an awards ceremony for European right-wing politicians, styled as an "alternative Nobel" gala.

In the aftermath of the gala, the hotel faced a storm of angry protests on social media, with thousands of dissenters giving it one-star reviews on its Facebook page, prompting the hotel management to temporarily stop the evaluation option. Some of the users went so far as to describe Grand Hotel as "an indiscreet crappy hotel that rents out its premises to Nazis." At the same time, hotel staff gave anonymous interviews criticizing the event.

Already missing this view from our room @GrandHotelSthlm Seeing this every morning was awesome. pic.twitter.com/yGkKhYmWLK

"The strong left-liberal forces that abound in Stockholm and on Twitter have huge power over companies and institutions in a way that is disturbing," Karlsson told the Swedish tabloid newspaper Aftonbladet. "Freedom of assembly and freedom of expression are the cornerstones of democracy. Given that you may dislike someone's opinions, we are on a dangerous path if you start campaigning against others' freedom of speech and assembly."

© AFP 2021 / FAYEZ NURELDINE
Sycophant Swedish PM Gives Kudos to Women’s Rights in Saudi Arabia
Remarkably, the hotel was still defending its decision to host the awards, which included speeches by Nigel Farage, who spearheaded the Brexit campaign and was given a standing ovation in Stockholm, and Jimmie Åkesson, the leader of the Sweden Democrats. The award itself was won by the former Czech President Václav Klaus, who is known for his staunch criticism of the European Union.

According to Grand Hotel CEO Pia Djupmark, managers had tried to shirk the responsibility of hosting the event as far back as seven weeks ago, but had been unable to do so due to the contract they had signed.

"Breaking a contract is a big step, and we decided to stick to our tradition of fair-dealing, that a contract should not be broken. In this case, however we should have broken it," Djupmark said.

The hotel admitted that this was the first time in its near 150-year history that the establishment, which strives to become "a neutral meeting place," actually took sides and made a public comment on any of its guests.

The Sweden Democrats directed sharp criticism at the Grand Hotel management, claiming that the hotel's reputation and trust capital were hurt.

"Somehow it never occurred to them before, even when they let Saudi Arabia celebrate their national day there. Now, however, they regret allowing democratically elected politicians to hand out a democracy prize to a freedom fighter," Mattias Karlsson told Aftonbladet.

© AP Photo / TT News Agency/Henrik Montgomery
Swedish NATO-Opposing Foreign Minister Slammed as 'US Hater'
According to the Swedish tabloid Expressen, the event was paid for by European think-thank IDDE (Institute for Direct Democracy in Europe) and pan-European party ADDE (Alliance for Direct Democracy in Europe), which both SD and UKIP are members of.

The right-wing Sweden Democrats, who effectively remain Sweden's only true opposition party, have been recently exposed to various smear campaigns, including a tirade delivered by Prime Minister Stefan Löfven, in which SD were accused of being a Nazi party. Löfven was later forced to retract his statement as unfounded.

Lutheran Swedes to Cough Up Millions of Kronor for Papal Visit