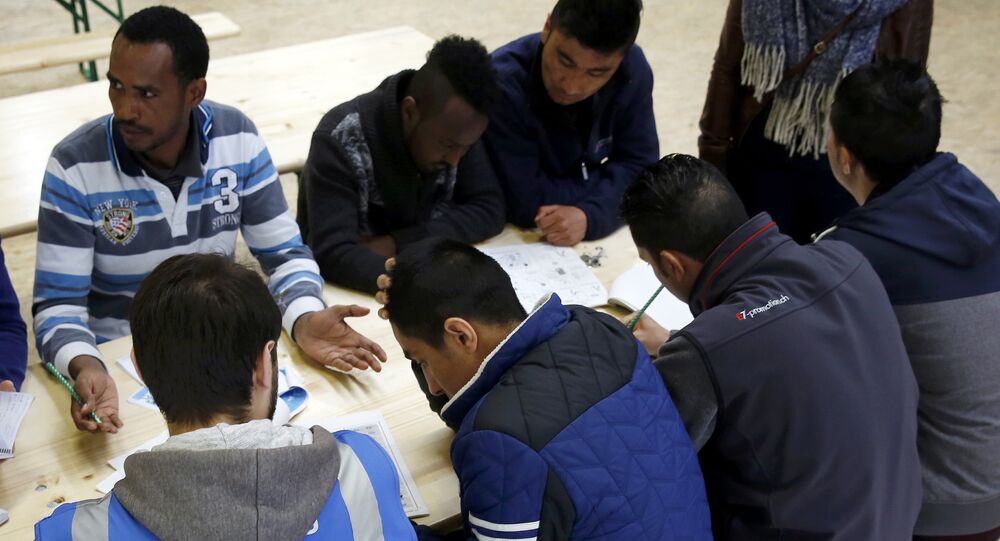 A recent national survey in Switzerland showed right-wing ideas are becoming more popular amongst the country’s youth. Moreover, they have become more hostile towards foreigners amid the EU migrant crisis.

© AFP 2021 / Fabrice Coffrini
Switzerland Facing Fresh EU Showdown as Ticino Votes for Migrant Controls
According to the results of the Young Adult Survey Switzerland (YASS) published this week, 36 percent of young people in Switzerland identified with the political right, up from 28 percent five years before.

The survey was commissioned by the Federal Defence Department (VBS). The figures, which refer to the period 2006 to 2011, showed that the number of young people in the political center had also grown, from 31 percent to 36 percent, while those on the left had decreased from 41 percent to 28 percent during the five-year period.

YASS is conducted every four years and it aims to evaluate how young people’s values and views change over the years.

“Young adults are pioneers of a lifestyle that reacts constantly to the latest cultural, economic and social changes,” The Local reported YASS’s authors saying in a statement.

The study aimed to “provide information on young people passing from adolescence to adulthood.”

The survey also showed that more than half of Swiss without an immigrant background were hostile towards foreigners, compared with only 14 percent of second generation immigrants.

According to the study, 90 percent of those surveyed said they were happy with their lives in Switzerland.