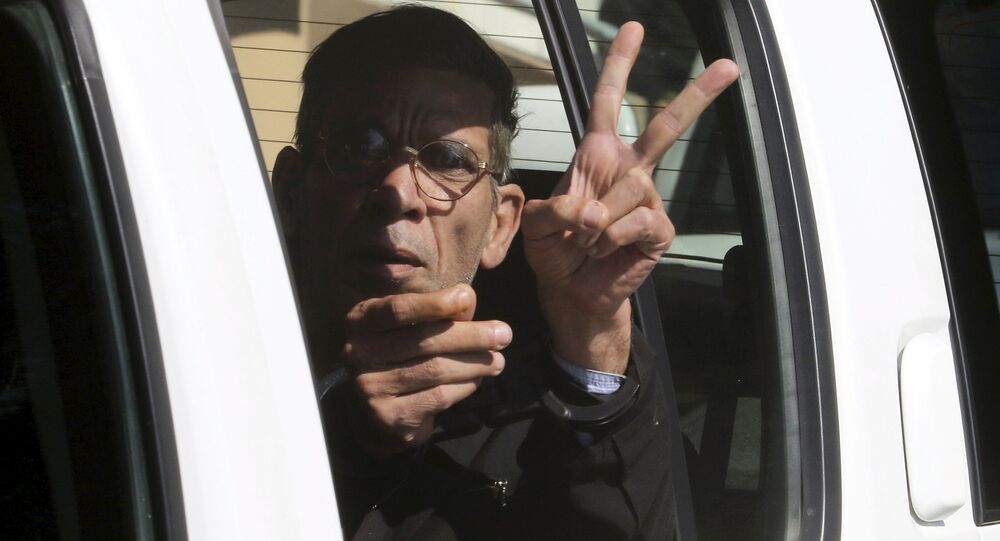 Egyptian office of Interpol reiterated the demand for Cyprus to extradite the EgyptAir jet hijacker Seif Eldin Mustafa on the basis of the Court ruling, media reported.

According to Youm7 media outlet, the hearing of the appeal to the extradition of the Egyptian Hijacker is scheduled for December 1.

After the extradition, Mustafa will be put under the jurisdiction of Alexandria's prosecution office for further investigation. The Egyptian laws equate a hijack to a terrorist attack, which presumes a life imprisonment in case of the absence of casualties, the news outlet said.

Mustafa requested asylum in Cyprus as charges he is facing, including hijacking, illegal possession of explosives, attempt to use them to cause harm, abduction and threat of violence are punished with death sentence in Egypt, but the Cyprus authorities rejected the appeal.

In March, 59-year-old Mustafa, allegedly motivated by personal reasons, hijacked an EgyptAir plane with over 80 people on board en route from Egypt’s Alexandria to Cairo. The plane subsequently landed in Cyprus' Larnaca airport. None of the passengers or crew members sustained injuries during the incident.