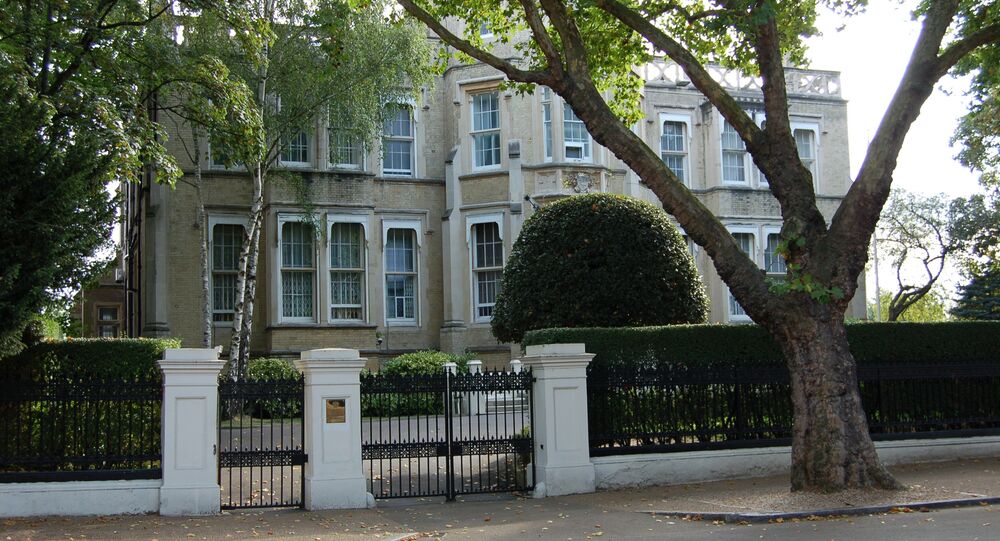 © REUTERS / Toby Melville
UK Foreign Office Claims Protest Action Near Russian Embassy Was Peaceful
LONDON (Sputnik) — The entrance to the Russian Embassy’s Consular Section was blocked on Thursday by a heap of mannequin parts and demonstrators who handcuffed themselves to the gate in protest against the Russian aerial campaign in Syria.

Simultaneously, the Embassy’s phone line was swarmed with silent phone calls, which could have been caused by automated calling systems.

The embassy said in a statement on Friday that its work had been paralyzed, with staff and visitors unable to enter the building, while police looked on and did nothing to end this "provocation."

Meanwhile, the UK Foreign Office representative told RIA Novosti Friday responding to a note of protest from the Russian diplomatic mission that the protest near the Russian embassy on Thursday was peaceful.