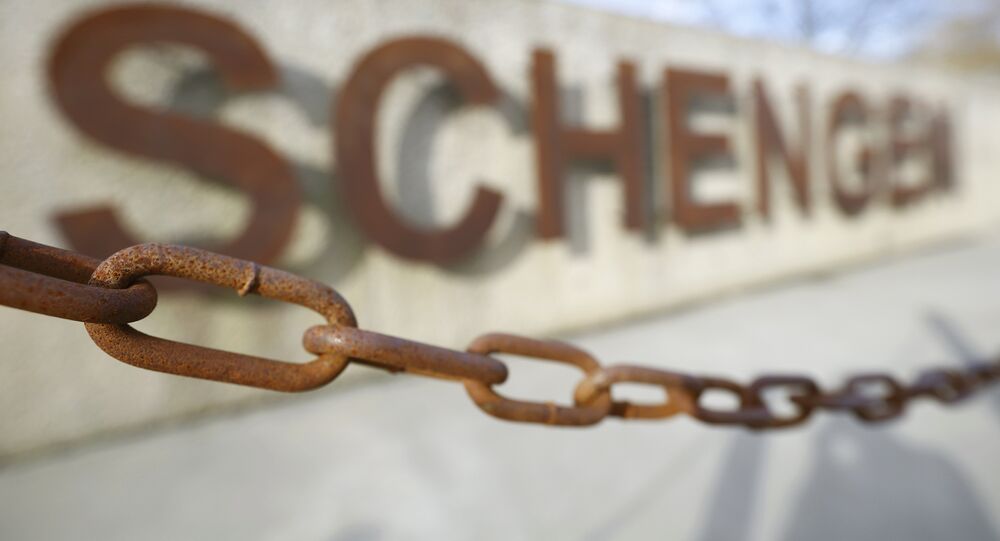 France’s former prime minister Alain Juppe said that border control in France will need to be reintroduced if the Schengen Area borders are not reinforced properly amid the continuing influx of migrants into Europe.

© Sputnik / Sergei Kirkach
EU Counts Up to €20bln Cost of Permanently Scrapping Schengen Area
PARIS (Sputnik) – Border control in France will need to be reintroduced if the Schengen Area borders are not reinforced properly amid the continuing influx of migrants into Europe, France’s former prime minister Alain Juppe has stressed.

"Today, the borders are not effectively controlled. This will need to be fixed," Juppe emphasized during Thursday Republican debates of candidates for the 2017 French presidential election, aired on BFMTV, saying that Schengen borders need to be reinforced.

Europe has been struggling with a massive influx of refugees amid volatile situations in the Middle East and North Africa. The majority of asylum seekers cross the Mediterranean Sea and arrive in the European Union using southern EU nations as transit points.

Last month, the new European Border and Coast Guard Agency was formed with the aim of addressing the challenges of migration and internal security. The agency is to provide assistance to national border security services, return illegal migrants to the countries of their origin and participate in search and rescue operations in order to ensure safety within the Schengen Area.