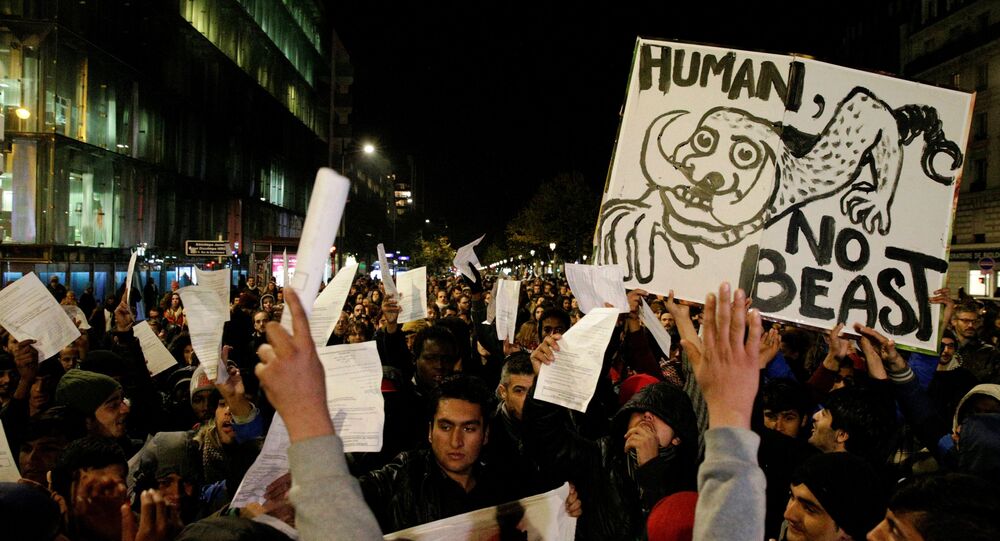 The last bus carrying migrants has been driven away from the so-called jungle camp in Calais and bound for reception centers across France.

Meanwhile, 1,500 teenagers between the ages of 13-17 are stuck at the site with only a shipping container for shelter while the UK and France argue over who is responsible for them.

The authorities have spent over a week demolishing the unofficial refugee camp in northern France, which at times has been described as squalid — yet at times offering solace to the thousands of migrants living there.

This is what the French authorities have just done to St Michael's church in Calais. pic.twitter.com/S3SvdyFaVg

​However, as the authorities demolish one camp, others pop-up elsewhere and the numbers of refugees arriving on Europe's soil doesn't diminish.

In Paris, violence between migrants armed with bats and clubs recently broke in the aftermath of the clearing of an illegal camp by French authorities.

Tensions appeared to boil over on the French capital's streets after more migrants arrived from Calais.

Footage has emerged of men attacking one with make-shift weapons near Stalingrad metro station.

Following the brawl, demolition workers joined riot police to smash up an illegal camp housing migrants who are still determined to reach the UK.

Any tolerance ever shown towards the Calais camp is well and truly over as around 5,000 residents agreed to be bused out to resettlement centers.

However, for the men who disappeared, resisting the help from the French authorities, they remain determined to reach Britain.

© AFP 2021 / Francois Nascimbeni
Young migrants pose with posters reading 'We want to go faster to UK' and 'We have family waiting for us' at the "Jungle" migrant camp in Calais, northern France, on October 26, 2016.

Hollande might not tolerate the camps — but he might have to put up with them as tents continue to pop-up in Paris.

The fate of the 1,500 migrant children stuck in shipping containers in Calais remains unknown.