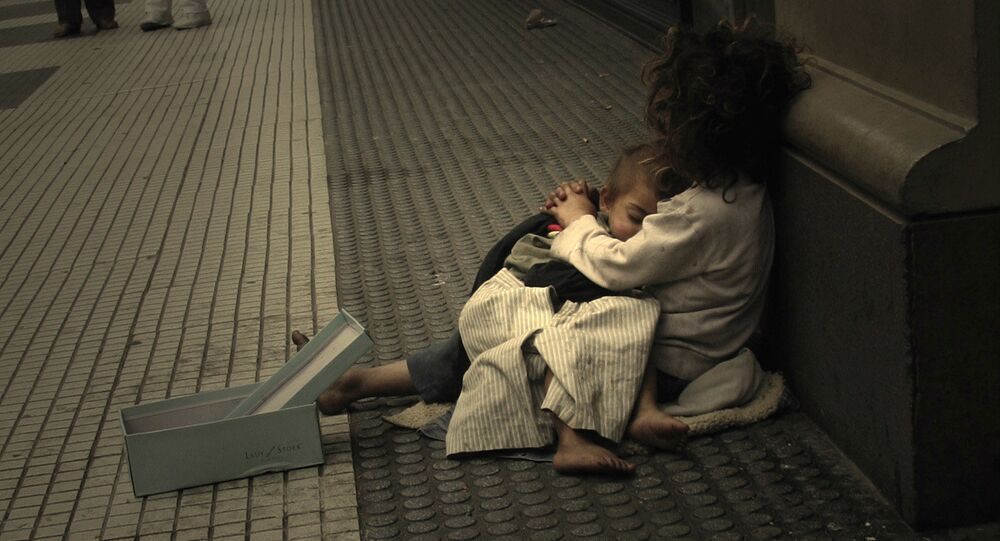 Over 120,000 children in the United Kingdom are living in temporary accommodation due to a housing shortage in the country, a report by housing charity Shelter found on Thursday.

© AP Photo / Sandro Perozzi
About 3,000 Italians Left Homeless After Earthquakes
MOSCOW (Sputnik) – The charity's 'Desperate to Escape' report states that of these, at least 12,903 are in emergency accommodation, ranging from "homeless bed and breakfasts (B&Bs), to cheap hotels, to hostels, to large houses filled with a family in each bedroom."

The charity, which used government data to make the findings, said the estimated figure is the highest since 2007, when 133,000 children were in temporary accommodation. The figure is 12% higher than last year.

Shelter also conducted interviews with 25 families in emergency accommodation. Over half of the families interviewed believe their children’s development and mental health have been negatively impacted by their housing situation, while 20 families deemed their accommodation as unsafe.

The report attributes the increase in homelessness to the rising cost and shortage of housing and budget cuts.

As part of the report, Shelter made a number of recommendations, including the transparency and diversification of the house building sector, private and public investment in affordable housing and an increase in local authority funding, to assist them in providing adequate temporary accommodation.