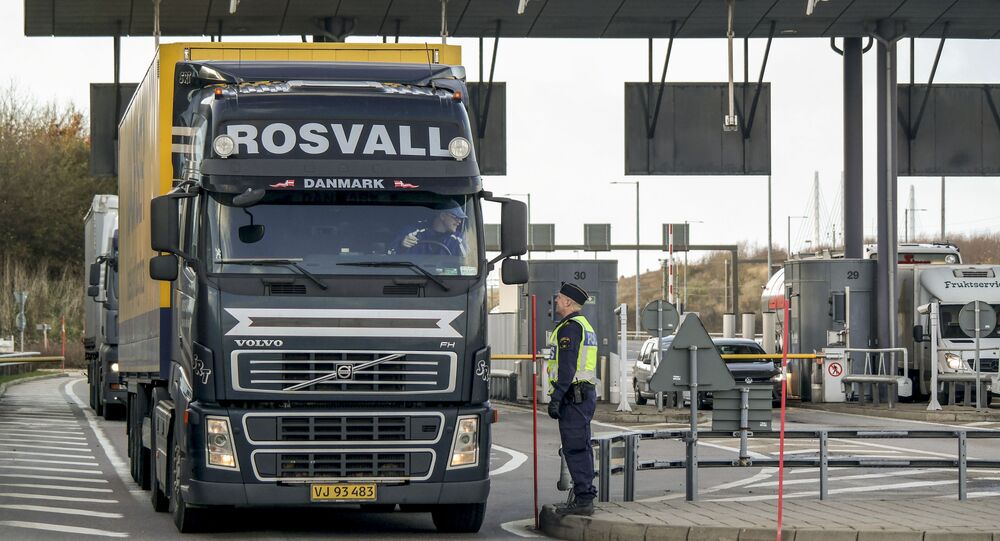 Sweden Extends ID Check for Passengers From Denmark for 3 Months

Sweden has extended photo ID checks on passengers of public transport arriving in the country from Denmark.

MOSCOW (Sputnik) — Sweden has extended photo ID checks on passengers of public transport arriving in the country from Denmark for a further three months, the country's government announced on Wednesday.

"The government has decided that the checks are necessary at present for public order and internal security in Sweden," Infrastructure Minister Anna Johansson said in a government statement, as cited by The Local.

Since January, passengers boarding buses, trains and ferries in Denmark to Sweden have been required to show a passport or other form of valid photo ID. The measure will now last until February 4, 2017.

© Flickr / Hans Splinter
Viking Showdown! Denmark and Sweden Go to War... On Twitter
Opponents, like the Southern Swedish Chamber of Commerce, argue that the checks damage the labor market by inconveniencing those who commute between Copenhagen and Malmo.

The ID checks followed the introduction of Swedish border controls in November 2015, which are also set to expire this month.

Europe has been beset by a massive refugee crisis, with hundreds of thousands of undocumented migrants from the Middle East and North Africa fleeing their home countries to escape violence and poverty. Many migrants have arrived by sea to the shores of maritime states and try to move further to wealthier European countries, such as Germany and Sweden.