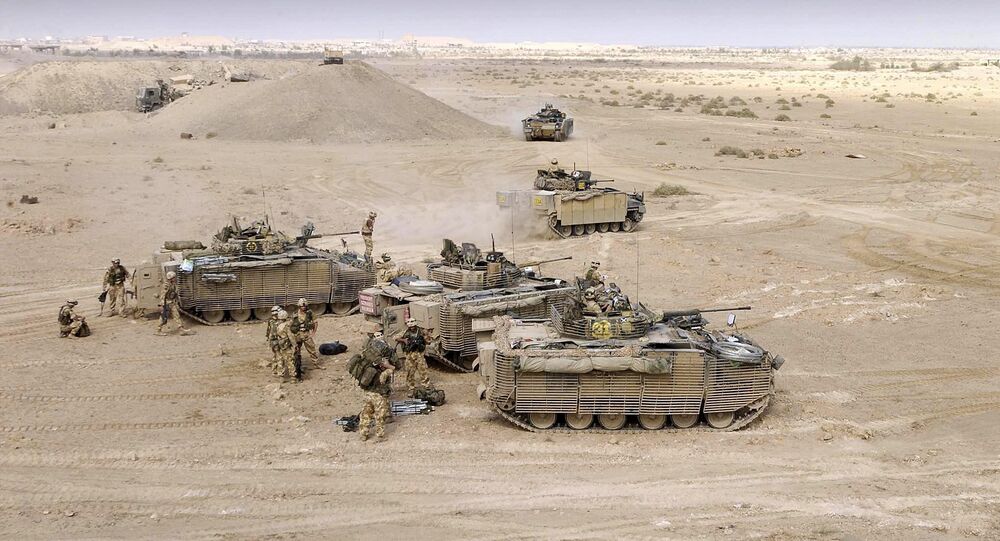 John Chilcot, the author of the report on the UK role in Iraq War stated that ex-UK Prime Minister Tony Blair went 'beyond facts' describing the threat of then-Iraqi head Saddam Hussein's regime as imminent to the United Kingdom.

MOSCOW (Sputnik) — Ex-UK Prime Minister Tony Blair bent the truth when describing the threat of then-Iraqi head Saddam Hussein's regime as imminent to the United Kingdom, John Chilcot, the author of the report on the UK role in Iraq War said Wednesday.

"I think when a government or the leader of a government presents a case with all the powers of advocacy that he or she can command, and in doing so goes beyond what the facts of the case and the basic analysis of that can support, then it does damage politics," Chilcot told the House of Commons Liaison Committee, as quoted by The Independent newspaper, adding that describing Hussein's threat had been the "best possible inflection" of the evidence Blair had.

© AFP 2021
Blair Made 'Unreasonable' Judgement Over Iraq War Call - Inquiry Chair Chilcot
The United Kingdom was part of a US-led coalition, which also included Australia and Poland, that invaded Iraq in 2003, without a UN mandate, after accusing then-Iraqi leader Saddam Hussein of possessing weapons of mass destruction, which were never found.

The Chilcot inquiry released earlier in July, found that the UK government under the leadership of Tony Blair made a mistake by invading Iraq in 2003, as the decision to join the war was taken on the basis of flawed intelligence data and assessments.